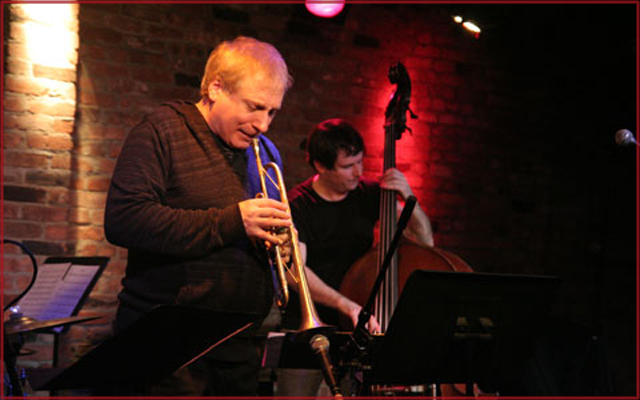 Trumpeter David Weiss has returned to Point of Departure for a superb fourth album: Wake Up Call. The ensemble has been reformed with two guitarists Ben Eunson and Travis Reuter, instead of one Myron Walden now fills the tenor saxophone chair and Kush Abadey the drum chair, while Matt Clohesy continues to play bass. Erstwhile tenor saxophonist JD Allen does return to reprise his role in the band on three pieces, as does guitarist Nir Felder (on the same pieces). However, the cast is excellent from top to bottom as the musicians continue to dig deep into little-known repertoire by well-known composers and performers.

David Weiss plays with vibrant and sensitive expressivity, driving the music and feeding on the bright colours of the tenor saxophone of Myron Walden, and the rhythmic urgency of the guitarists, bassist and drummer. It appears that six years between the last Point of Departure album Snuck In (Sunnyside, 2011) and Wake Up Call is a long time for short memories and to ease the listener into this repertoire, David Weiss has divided the album into three sections: “Prologue”, “Unfinished Business” and New Beginnings”. 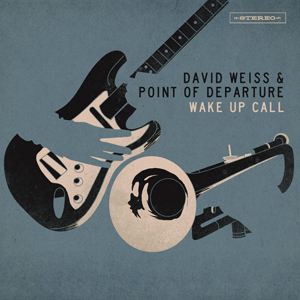 There is logic to this and Weiss and Point of Departure explodes right into the new directions with a masterly version of John McLaughlin’s “Sanctuary” (which he wrote for Miles Davis’ Bitches Brew and recorded again on Birds of Fire).

Revisiting lesser-known work by Wayne Shorter and Charles Moore, whose work was the mainstay of the earlier Point of Departure albums, Weiss and the group continues to illuminate the challenging work by these two giants and continue their buoyant achievements through the album’s culminating section with music by Joe Henderson, Kenny Cox, Tony Williams and the Brasilian, Lelo Nazario – each an ambitious point of departure played in inimitable, dramatic manner, as only David Weiss and the group can play. Expert craftsmanship marks every one of the nine pieces as individual musicians portray every sweeping, turbulent and tender moment of the works.

As always, David Weiss leads from the front. His brilliant trumpet parts’ leaping soli with deliberately unpredictable take-off and landing points, and fiery scales reflect the uncommon genius of the trumpeter. Internalising the music, Weiss makes it live and breathe and sing anew. His music turns in on itself as he serves up heaps of counterpoint, accelerated repeated phrases, wild runs and harmonic tricks that are at once, lyrical and fiery. Matching his every move is Myron Walden and JD Allen, both of whom stir up virtuoso storms with incisive phrasing, superior intonation and a vivid sense of character.

Together the musicians create a ground-swell of energy that sucks into a proverbial vortex, the guitarists – Felder, Eunson and Reuter – as well as Clohesy and Abadey. Once again, David Weiss and Point of Departure have exploded on an album to die for.