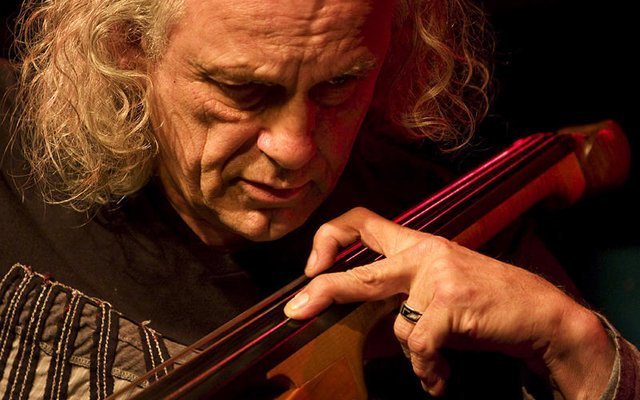 Nervous systems go haywire when confronted with the gravitas of the bass violin displayed with majesty at the hands of a virtuoso albeit, in this instance, that instrument is genetically somewhat considerably re-engineered, proverbially speaking. The impact, delivered by David Friesen – the virtuoso in question –is, nevertheless, the same. But there is also something different about this double-disc My Faith, My Life by Mr Friesen turns his attention to a concert grand; again one that is specially prepared for his music – a Ravenscroft Grand designed and constructed by Michael B. Spreeman of klavierbauer and named after the pianist Bob Ravescroft. Additionally Mr Friesen also plays the shakuhatchi, an ethereal-sounding Japanese bamboo flute to augment his bass-playing as if, from the mists of time. 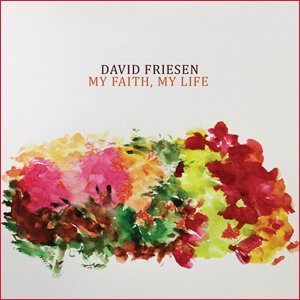 The title of the recording is a dead giveaway as to the music that follows within and yet the surprises, when they come, are effective and discreet. First, however, that so much scours the soul here is due partly to Mr Friesen’s own vision and journey of himself as an artist and human being and also what he shares with his instruments on both discs resulting in amazingly personal, intensely spiritual and well-shaped, cogent melodic ideas that unfold into music on both discs. And no matter how well-prepared one might be for Mr Friesen’s perfection his hair-raising performance in the stabbing sul ponticellos (close-to-the-bridge sequences) with barely-audible pianissimos is lyrically heartfelt, imaginative in rhythm and tone and startling.

This begins, of course, with the rhythmic musical and drive by Mr Friesen playing his Hemage bass accented and augmented by enigmatic phrases on shakuhatchi. The nobility of the bass-line melody on “Ancient Kings” continues on the more spritely music of “Children of the Kingdom”. Mystery abounds on “Sitka in the Woods” and the playing is expressively generous on “Sons and Daughters”, mysterious on “Islands”, fiercely driven on “Flight of the Angels” and magnificently expressive and elementally beautifully on the medley “Lament For the Lost/Procession”.

All of that is merely the music of Disc One. Mr Friesen continues to unfurl his atmospheric soundscapes together with his narrative storytelling on Disc Two. Mr Friesen’s performance on the beautifully-toned Ravenscroft grand piano is no less stunning. The manner in which he finely calibrates the ebb and flow of the music is more nuanced than many pianists married to the instrument and the convincing manner in which he appears overcome by the music’s emotion rather than the intricacy of its melodic invention makes for a refreshingly un-egoistic performance that works on so many levels that it puts many a solo piano performance in the shade with the sheer purity of its expressive intent.

Music such as “Still Waters”, “Perseverance” and even the puckish “1969 Rolls Royce” is riveting. The result (of listening to the music on both discs) is a fascinating meta-work that creates a myriad associations, resonances and new perspectives certainly in the music of Mr Friesen. It is music that reveals the byways and inner voices that have perhaps long since simmered under his music. Especially in his pianism, the left hand often (perhaps [predictably for a natural bassist) leads the ear, cherishing motivic snippets, highlighting arresting harmonic progressions, recalibrating the terms of the melodic discourse. Certainly My Faith, My Life is an utterly convincing musical palimpsest; one to absolutely die for…