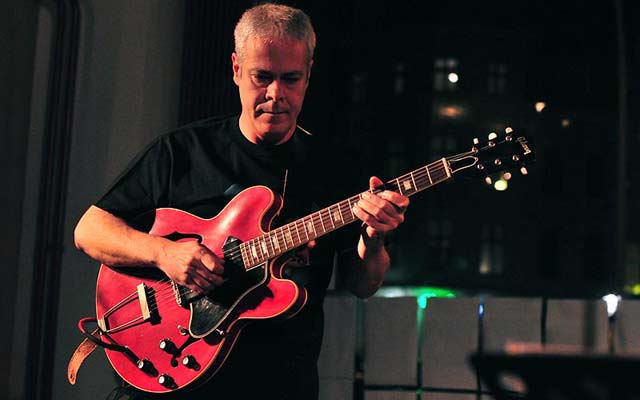 While no one was really watching the Greek guitarist Costas Baltazanis has launched his third album End of Seas, his first under his own name, with a stellar cast of outstanding musicians. The album suggests that the music is an odyssey across oceans from Europe to the Americas and naturally prefaced by the Greek character of its protagonist the music comes under special scrutiny for all its classical connotations. Late romantic compunctions with a generous helping of 21st century impressionism abound. Costas Baltazanis is a guitarist who demonstrates here not only strong notions of Greek and other European musical forms, but a love for improvisation that comes easily to him for he also demonstrates a composer’s love for the guitar which seems to reside in a particularly throaty, intimate, personal sound of the middle register of his instrument. 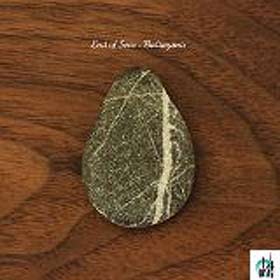 The music is surrealistically romantic, veering at times towards a cinematic Kazantzakis style, marshalling a huge vocabulary from the composer’s own penchant for dialects drawn from Greek, Cypriot and other European musics as well as from all that the guitarist absorbed from his stay in Berklee. Scored for a voluptuous quintet this record is hugely entertaining. The charts are long and unravel like acts and scenes that have all the push and pull and drama of film. They might be casual interactions between characters in a play or more kinetic push and pull between characters engaged in more serious interfaces. In each case the instrumentation takes the shape of the narrative and the visual backdrop in which these occur. Each of the nine pieces are of incongruously spectacular, reflective beauty, like music that spreads across a dramatic sky.

The music is generally interconnected by theme and melodic intent and the musicians fool around in an angular, enjoyable romantic art deco style. Some of the music might be based on Afro-American and Afro-Cuban folksongs and written specifically for the album. Percussion is very intelligently and organically used and not in some obviously trite manner, that many musicians of lesser intellect might be tempted to purely as a matter of commercial dressing. The fine performances of the guitarist and his cohort – both from Europe as well as from America – is authentically heartfelt. Case in point: “Aqua, Nube y Sed”, the only vocal track on the album and exquisitely sung by Camila Mesa. Hers is not the only outstanding performance on the album, though.

Further, the music is faithfully captured in the warm detailed sound of Bunker Studios in Brooklyn NY by Aaron Nevezie and this is a huge bonus for the disc which adds to the compositional life and processes. This record is a memorable one and its energy unwinds like a spring that literally flies out of the proverbial box.