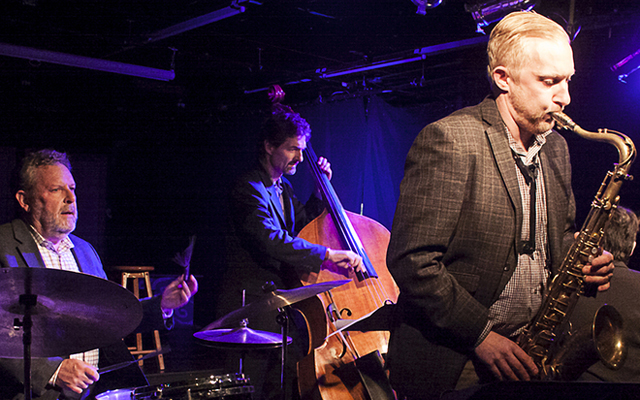 Forget good old fashioned swing? Not on your life, Cory Weeds and the Jeff Hamilton Trio will absolutely not and, listening to Dreamsville, neither will you. It’s a record – the second Mr. Weeds with this group – that rises not only above the standard standards but seems to create a new book of their own. Instead of starting on the proverbially raucous ‘page one’, then mixing it up and ending, for good measure, with a rousing conclusion Cory Weeds and the gentlemen of the Jeff Hamilton Trio punch, thump and caress rhythmic lines with tenor saxophone, a pair of brushes and sticks, sure hands and fingers, and hearts that palpitate and purr in wave after wave of music.

The result is a fascinating meta-work that creates a myriad association, resonances and new perspectives from old promontories, not just between the tenor saxophone of Cory Weeds and the drums of Jeff Hamilton but also between the piano of Tamir Hendelman and the bass of Christophe Luty. Thus the old is made new. Left and right hands, driven by the motor of the heart often lead the ear, cherishing motivic snippets, highlighting arresting harmonic progressions, recalibrating the terms of the discourse. 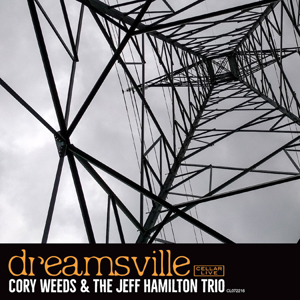 From “Who Can I Turn To” to “Blue Daniel” and from “Bennissimo” to “She Walks The Earth”. The gruff registers of the tenor saxophone turn moist and tender, the drums waltz and sing, the crystalline articulation of the piano awakens the spirit and the bass fairly fizzes.

Dreamsville dwells in the eternal springtime of the association between Cory Weeds and the Jeff Hamilton Trio, which also draws in its wake the sublime Tamir Hendelman and Christophe Luty. The programme is astutely chosen. As well as the pops, as in “Early Morning Rain” and “She Walks The Earth” there are the relatively little-known “Blue Daniel” from trombonist Frank Rosolino and “Love Is A Now And Then Thing” from Anthony Newley flying solo – their melodies, enigmatic and dallying. And there is also the whirlgig velocity of “How Do You Like Them Apples” which takes no hostages. In the language of near-asceticism and in the occasional irruption that bursts forth from these musicians is a bedazzling exploration of music that finds its lyrical heart and wide-ranging tone.