CeCe Gable is possessed of one of the most luminous voices in music. Plenty of singers may also be so endowed, but Miss Gable transforms luminosity into a kind of spine-tingling elegance that is at once warmed by simplicity and unguarded melodic sweetness. 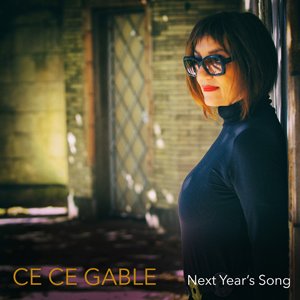 She pours all of this into her vocalastics on “Next Year’s Song”, sending its lyric past the stratosphere and into a rarefied realm full of dreamy joy that – even in the music’s minor variations that produce a pinch of bitter-sweetness in its dénouement – leaves the listener yearning for the hope in the future to come.

Harvie S is a master-craftsman not only on his chosen instrument, which he plays with almost insolent virtuosity, but as a composer as well. Even with this spare arrangement for trio + voice, his music seems to fall somewhere between “song” and “symphony”. Propelled by the rich toned gravitas of his contrabass, this music is also endowed by the elegance of Alan Broadbent’s pianism and the subtle colouration of Matt Wilson’s percussion, accented by the radiant hissing of his cymbals throughout. Together the ensemble create lines that flow, charm and interact in an entirely natural, unaffected manner with Miss Gable’s vocals and lyric that glimmers with the sentiment of the Christmas season with an awesome song of hope.