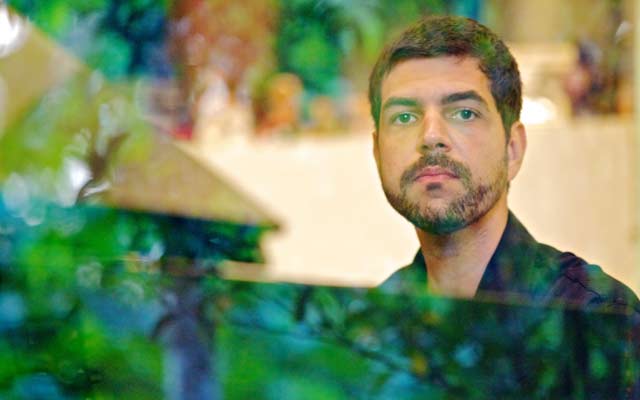 After a robust, earthy duet with Mário Laginha and a delicately characterful Ernesto Nazareth, André Mehmari (together with Neymar Dias and Sérgio Reze) turns his rare musical genius to some original repertoire. His As Estações na Cantareira is carefully controlled, polished, thoughtful and brilliantly energetic. The effect is like a coat of varnish over a picture in which every detail of light and shadow has been finely balanced. At times the glinting light might be sudden and then the fiery energy of the music takes over, all the while tantalising the mind’s ear, captivating the soul and bewitching the senses. Another striking feature of the music on the disc is that has a visceral energy, suggesting a sort of upsizing of Mr. Mehmari’s keyboard personality in favour of readings that serve the music and the listener with dramatic intrusion and idiosyncrasy. 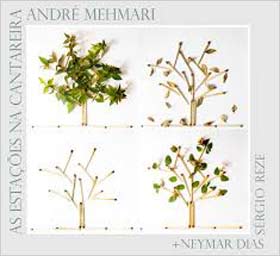 André Mehmari’s tempi can be recommended as canonical to students of his music. His pieces unfold with excitement and virtuosity, but never feel rushed or forced; they walk with a stately but never pompous or languorous pace; his frevo has a wholesome vitality, but never runs away in a frenzy; and his suite “As Estações na Cantareira” is spacious without succumbing to morbid introspection. Ornamentation is generally light, precise and unfussy, sometimes adding passing tones in repeats which are altogether imaginative. His “Carta a um Jovem Poeta” stands out for its diversified articulations and sensitive melodic pointing and the “Frevo…” reveals stronger polyrhythmic give and take between his hands and those of bassist Neymar Dias and drummer Sérgio Reze. However, his upbeat and playful romp through the final movements might be described as leaner, more line-oriented Mehmari.

Mr. Mehmari also digs deepest in Nazareth’s “Ouro Sobre Azul” – this time played with a trio – spinning out the long lines as if they were vocal arias in an opera. Indeed, the split-second timing and almost disembodied timbre he brings to the spritely piece with dotted chords are worth this CDs full price. The exciting onrush and eventful imagining of “Dominguinhos Econtra Gonzaga” has shapely, urgent inflections as well as a lilting transparency throughout. Throughout this programme André Mehmari is at his consistent best in his forward-moving, assiduously unified and gorgeously controlled melodic leaps, crowned by an intelligently shaped finale – especially in the Dominginhos – that retains its buoyancy and momentum without the least slowing down of thickening.

Recordings by André Mehmari though rather frequent are always beautiful musically – not just those featuring his own repertoire, but also music by other well-known Brasilian luminaries, from Ernesto Nazareth to Egberto Gismonti and Hermeto Pascoal. As always the end result is incomparable. Mr. Mehmari adds his own voice of exceptional distinction, finely presented and exquisitely recorded, which is why the music as well as the records become memorable all over again.

Andre Mehmari is considered one of the most talented young musicians of his native Brazil. His activities as pianist, composer, arranger and instrumentalist are highly regarded both in popular and classical music. As his compositions and arrangements have been performed by important Brazilian orchestras (OSESP) and chamber ensembles (São Paulo String Quartet), his career in jazz and Brazilian popular music has also attained wide attention as he has gained wide recognition for his music in jazz festivals and concerts. Read more…