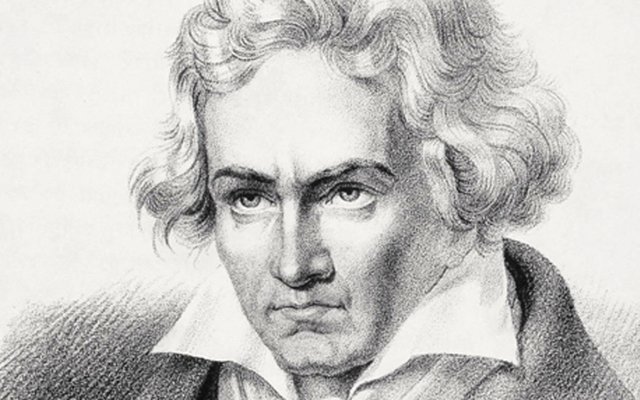 Confronting a four-disc set such as this one that comprises The Complete Sonatas for Piano and Violin on Period Instruments by Ludwig van Beethoven, performed by violinist Jerilyn Jorgensen and pianist Cullan Bryant one would be sorely tempted to focus one’s entire attention on the brilliance of Beethoven’s most notable work for this instrumental combination – “Sonata No. 9 in A major op. 47 – Kreutzer”. However, truth be told, these works by Beethoven are all weighty – each in its own way. Beethoven’s restless and probing mind meant that nearly every chamber that he attempted more than once had its formal limits challenged and extended. 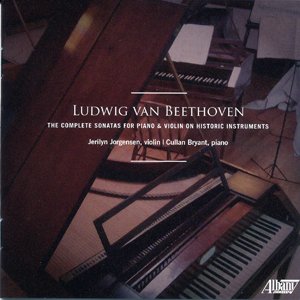 Although these sonatas are not of that so-called chamber genre, each of them has a complexity and a depth of feeling that suggest a kind of symphonic scope – the “Kreutzer” certainly does; but so do the earlier sonatas. Their sense of development; of pushing the duo format to its formal and emotional limits is exemplified almost certainly in the sonata No. 9 – the “Spring”. However, listened to as a complete set on this four-disc set by this outstanding duo – Jerilyn Jorgensen and Cullan Bryant – we are witness to how Beethoven’s genius is subsumed into works that are utterly conventional yet each is a work so subjective and experimental – in tone and manner – that it’s easier to understand why Beethoven’s contemporaries might have been able to grasp the scope of brilliance of these works.

Beethoven was certainly the first composer to write sonatas for “Piano and…” as opposed to sonatas for “… and piano” an arrangement that almost always subjected the keyboard to the role of accompanying instrument. In Beethoven’s works the piano carries as much weight and responsibility for the musical argument as the violin. Consequently his violin sonatas are fearsomely difficult for the pianist. Of course, because this is Beethoven and this is Mr Bryant playing Beethoven with Miss Jorgensen, they are made to look easy. The “Spring” and the “Kreutzer” are masterfully traversed. Although they come from different places – the former is light-hearted and airy, opening with one of the most charmingly lyrical of all Beethoven’s melodies and the latter [at least initially] seems to demand nothing but diabolical virtuosity.

Both Miss Jorgensen and Mr Bryant have mastered the fiendishly difficult parts – the piano carries much of the weight in the first movement of the “Kreutzer”. But the passionate exchanges and dense counterpoint of that first movement are particularly dramatic and inspired. Having placed the sonatas in sequence is also part of the master-stroke of performing all of them on one package. We are treated to the breathtaking sweep of Beethoven’s vision as it grew in mastery of his art and its expression in the confines of a sonata for two instruments almost complete in design and scope. Moreover we experience the growth and depth of emotion that is such an integral part of everything Beethoven wrote throughout his life.

Miss Jorgensen and Mr Bryant are at their best in the lyrical moments of these works, with Miss Jorgensen’s incisive violin tone and unerring sense of line especially effective in the “Spring” sonata. Mr Bryant brings the wide emotional range of his playing to complete the picture. The rapport between the players is uncanny. All of this adds to the wonderful sense of immediacy that we are treated to throughout the four discs of this set. Playing these works on period instruments presents a unique challenge of making it so much more than the novelty of experiencing this music in a similar setting to which Beethoven must have experienced, when George Bridgewater, the great AfroEnglish violinist, debuted the Master’s “Kreutzer” for instance. What makes it all so worthwhile is the fact that this recording is brilliantly engineered. In doing so the [instrument and production] technicians – particularly Christopher Greenleaf – have made it all a boxed set to die for…