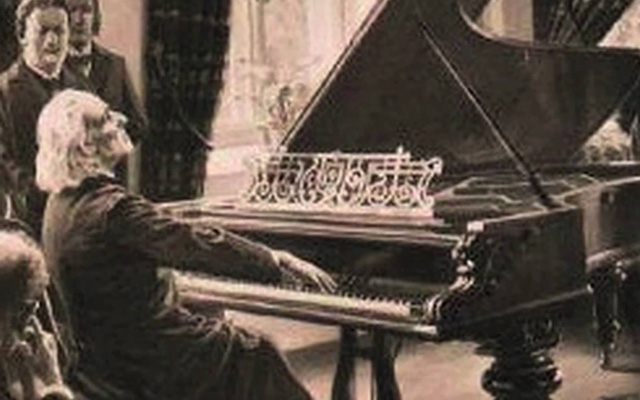 Franz Liszt, His Circle, and His Elusive Oratorio

The ears burn with desire whenever the name of Franz Liszt comes up in the course of conversation. It is hard to resist putting on a disc with the music of Liszt as interpreted by Leslie Howard. It is hard not to feel the raw emotion and the elegant grandstanding of the music. Now there is another reason to get excited about Liszt. It comes in the form of an erudite book written by Xavier Jon Puslowski about a rarely remembered oratorio that Liszt struggled to write almost all his adult life. We know from even the most rudimentary biographies that Liszt was Hungarian but we also know that there was a strong Polish connection in his life, drawn as he was to its Catholicity, its Politics and the two great loves of his life: one was Carolyne zu Sayn-Wittgenstein a lover who remained with loyal to him throughout his life and the other was his friend and rival, Frederic Chopin. 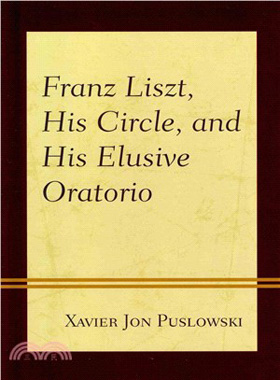 There was, however, a wider circle of friends and lovers and passions of the man and it’s all recounted with great scholarship in this book: Liszt, His Circle, and His Elusive Oratorio. Puslowski goes deep into the life of the great maestro – into his intimate and intricate relationships not simply with Chopin, but also with Pierre Béranger, the extraordinary proletarian poet of France, whose monumental work inspired Poland’s endless push for freedom from Prussia. Then there was the not-so-unpredictable appearance of Niccolo Paganini, who became a magnificent obsession in Liszt’s life. The drama of Liszt’s relationship with the French composer Hector Berlioz also affected Liszt deeply and – in his later life –Richard Wagner became one of the most domineering figures in Liszt’s life, the tumultuous relationship finally settling down in an uneasy truce around the time that Liszt’s daughter Cosima married the great man of German Opera. But drama aside, there are the extraordinary relationships with great Polish violinists Karol Lipinski and Henryk Wieniawski; with Anton Rubenstein – all of which contributed to Liszt’s widening influence across the continent.

All through this journey, Liszt fought to write his Saint Stanislaus Oratorio, his great contribution to Poland and its patron saint and also the seemingly impossible fulfilment of an unspoken promise to Carolyne zu Sayn-Wittgenstein. Again it is impossible to separate Liszt, the man from Liszt, the composer. These dramatis personae were a constant in the history of music – Hungarian, Polish and Prussian culture and music, and the music of Europe. Similarly it was impossible – as we now know – to separate Liszt from his quest for the Holy Grail: the Saint Stanislaus Oratorio. But it is much more complex story, so indelibly written in the ink of his life’s story, his interactions with his friends and most of all, his lover Carolyne zu Sayn-Wittgenstein. The latter relationship became crucial to the composing of the Oratorio, and in a sense, also the reason why it was never finished, remaining an unrequited it would seem as the love that Liszt had for Carolyne zu Sayn-Wittgenstein.

This story could have been told by anyone with access to the historical documents – and indeed – it is told in the liner notes of the only recording of the (incomplete) work i.e., complete versions of Scenes 1 and 4 by the Cincinnati Symphony Orchestra under the direction of James Conlon (Telarc, 2003). But the road to the Oratorio was long and torturous and the story long and winding. Puslowski pursues it with a doggedness that is as prized as the art of espionage; like a novel by John Le Carre, for that matter. The prose is elegant, leaps and bounds in vaunted glissandos and darting arpeggios almost the prose itself were composed on a piano after Liszt. Who could ask for anything more? This is a performance worthy of a Leslie Howard in terms of erudition and virtuosity. The one thing it is not, however, is Liszt-like in terms of showmanship. That would have ruined the narrative and Puslowski is ever-mindful of that, allowing his complex and wonderful story to unwind as he (Puslowski) criss-crosses his the continent, much to the delight of the reader who is ever ready to hop onto Puslowski’s mythical journey in pursuit of Liszt’s elusive Saint Stanislaus Oratorio.