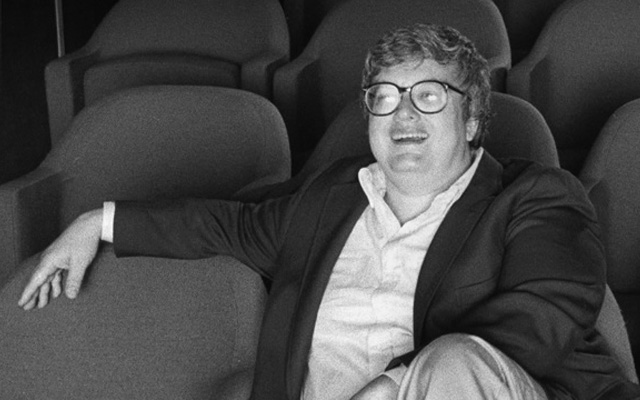 Nothing can prepare you for what Steve James’ film adaptation of Roger Ebert’s memoir Life Itself. Sure you have read the book and if you’re like me, you have even watched Siskel & Ebert & the Movies from when they started broadcasting in the second half of the 1980s either when they were first broadcast on Disney-ABC Domestic Television – and then re-runs of the iconic programme. You’ve been on his website and read Ebert’s blog and of course, you have read the book. But the movie – not-so-ironically, because Ebert was a man of the movies – is like a dart aimed right for the heart and the soul.

Two parallel stories unfold in this remarkable documentary: The movies as Roger Ebert saw them, felt them and the movie of his own life. Both are powerful, like a one-two punch that is delivered by Steve James like a true champion. Or is James just the proxy for Roger Ebert who is the real fighter…? Probably the latter. The film aims at more than a life-and-works documentary; it is adapted from Ebert’s unique and most moving story, told with much eloquence, as only Ebert could. 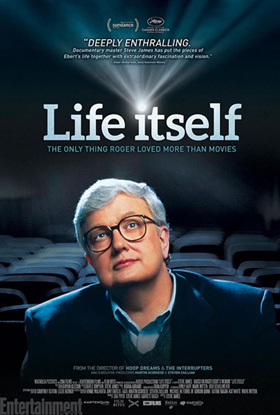 Ebert, the film reminds us, loved the movies, but he loved life better and that part of the story is told with unbelievable tenderness.

James ensures that cinematographer Dana Kupper’s camera caresses Ebert – his face, hands and fingers – without being in the least bit sentimental. If anything the imagery is in-you-face. At first the sight of Ebert a shadow of himself can be hard to take, especially when interspersed with film of the Siskel & Ebert programme. But Ebert, it seems, would have it no other way. But there is the entertainment aspect of the documentary as well. The narrative here is fabled. With stills from his early life as an editor in print media in Chicago to the television programme as well. Both stories unfold like double helixes, entwined most magically. The historic footage of Siskel and Ebert famously fueding on network television is priceless as are the interviews with the producers of the show and most heartrendingly with Gene Siskel’s widow, Marlene Iglitzen.

The interviews with Ebert’s friends and movie associates are wonderfully edited into the film. Some of these contain information that you might never have known were it not for James and his crew. Others you might know from the incidents being described in the book. Irrespective of where they come from you can so moved by them that like those movies whose narratives drew you in, you could be a wreck with an empty Kleenex box by the end of it all. And it’s not just the interviews with Ebert’s wife Chaz, a strong person at all times; so when she breaks down it’s like being hit in the solar plexus and have the wind driven out of you. Other moments will surprise you. The interview episodes of Werner Herzog, for instance, are moving.

The great director takes you through his cinematic adventure in Antarctica, in a film he dedicated to Ebert. Then he mentions that he has never dedicated a film to anyone before and the movie suddenly becomes terribly poignant because you can feel both the beauty and brutality of the ice-scape of the continent. There is also the sequence of the gift the young filmmaker, Ramin Bahrani explains how he came to be gifted with a jigsaw puzzle that was passed down from Alfred Hitchcock to Marilyn Monroe finally to Laura Dern, who gifted it to Ebert with a beautiful little letter. And then there is the lump in your throat that Martin Scorsese makes you feel with the story of how his life was uplifted by Roger Ebert.

The film also belongs to Roger Ebert and his love affair with his wife. This sort of tale can very easily go astray. There is too much of a temptation to go for big close-ups so you can almost touch the tears that roll down Chaz Ebert’s cheeks. But here too, Roger Ebert intervenes. Ebert was emotional and passionate about everything he did and this aspect of his life was finally brought to fruition with his love for and marriage o this remarkable woman. But he was also unsentimental and this rubs off onto his wife, who retains her stoicism through the entire ordeal of his painful illness. As if Ebert’s own announcement of his cancer at a meet-the-press in Chicago is a cue to the manner in which Chaz responds to Ebert’s illness with uncommon fortitude. Thus when she breaks down and cries you do too. The elemental beauty of the interaction of camera and subject is most affecting.

The most memorable part of the experience – both Roger Ebert’s life and his memoir – is the metaphor, which is life itself. Here is Steve James’ greatest triumph. Using his voiceover at first James always makes sure that these are at strategic moments in the film. Later on in the film he employs graphics of his emails containing texts of questions and Ebert’s answers in a silence that is deafening as images of the hospital melt one into the other. It is here that Ebert the person, his life and letters become one with Steve James. There might be a school of thought that documentaries must be dispassionate to a point that editorialising is eschewed. But this is not that kind of film. The metaphor here is life itself and the images do justice to that with utter beauty and memorability. And you, the viewer, cannot come through this without being touched deeply by Roger Ebert and his story. 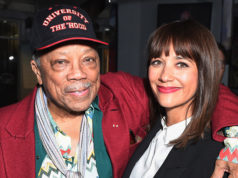