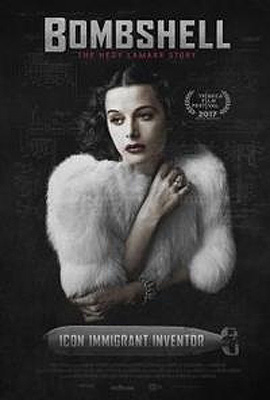 Bombshell: The Hedy Lamarr Story Hedy Lamarr’s stint as a Hollywood starlet had her best known for her tabloid scandals rather than her performances—but behind the scenes she was a secret genius inventor changing the course of history. In the 1940s she starred alongside legends like Clark Gable and James Stewart, and infamously had affairs with the likes of Howard Hughes and JFK. Today Lamarr has re-entered public consciousness as a Hall of Fame-inducted inventor for developing a secret radio system during WWII that paved the way for modern Wi-Fi and Bluetooth technology. Bombshell tells her whole incredible story for the first time.