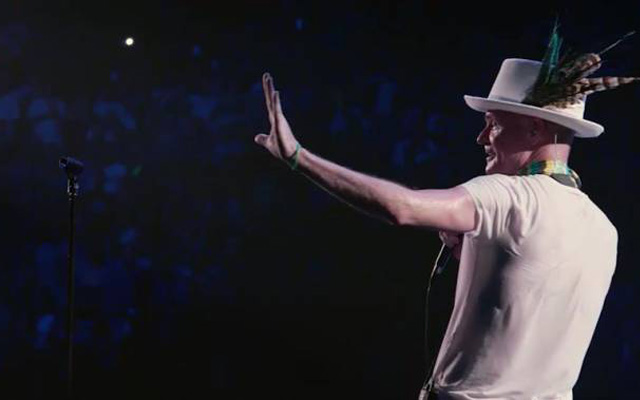 No other band encapsulates the rugged rock ‘n’ roll soul of Canada like The Tragically Hip. For 30 years, the Kingston-born quintet have recorded and toured steadily, releasing over a dozen studio albums and bringing their guitar-driven sound and gritty anthems to an uncommonly passionate fan base. When it was announced last year that singer Gord Downie had been diagnosed with terminal brain cancer, it looked like the end of the road for the Hip. Instead, their greatest journey was just beginning.

Helmed by co-directors Jennifer Baichwal and Nicholas de Pencier, whose previous collaborations include the award-winning documentaries Manufactured Landscapes and Watermark, Long Time Running tracks the most trying chapter in the Hip’s long history. Determined to go out on his own terms, Mr Downie convinces his bandmates to tour in support of their new record, Man Machine Poem.

Given Mr Downie’s weakened state following weeks of radiation and chemotherapy, no one really believed it would happen. But little by little, he and the boys marshall their forces to deliver the most exhilarating and celebratory shows of their lives.

Featuring arrestingly candid interviews, gorgeous imagery, and, of course, searing performances of Hip favourites like “Blow at High Dough,” “Grace, Too” and the heartrending tribute to endurance that gives the film its title, Long Time Running is neither morbid nor unduly sombre. Rather, this is a film about wonder, perseverance, and feeling alive even when dark shadows loom.

Co-directed by
Jennifer Baichwal, was born in Montreal, where she studied philosophy and theology at McGill University. Her films include Let It Come Down: The Life of Paul Bowles (1998), and the Festival selections Manufactured Landscapes (2006) and Watermark (2013), the latter of which was co-directed with Edward Burtynsky. Long Time Running (2017) is her latest film.

Nicholas de Pencier, born in Toronto. He is the producer of the documentaries ,em>Manufactured Landscapes (2006) and Watermark (2013), the cinematographer for Al Purdy Was Here (2015), and the director of the feature Black Code (2016), all of which screened at the Festival. Long Time Running (2017) is his latest film.