Home Music Yelena Eckemoff Quintet: In the Shadow of a Cloud 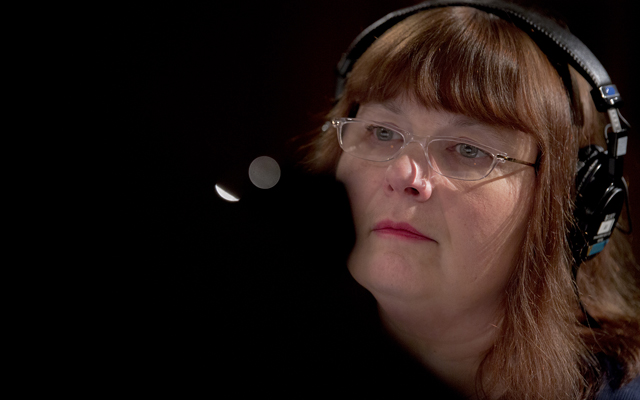 Robert Schumann once said that “…everything extraordinary that happens impresses me, and impels me to express it in music.” So saying, Schumann encapsulated his artistic vision as defining the Romantic era. Yelena Eckemoff is driven by similar impulses, except that in her case, it is not only the “extraordinary” that impels her, but also the “ordinary”. And like her compatriot, Pyotr Ilyich Tchaikovsky, which imparts to her short pieces of music a kind of operatic sweep adding to displays of an unusually wide stylistic, emotional range and innocuous charm often found in Tchaikovsky’s salon works of innocuous charm and symphonies of tremendous depth, power, and grandeur. In Miss Eckemoff’s unusual pianism – which sometimes suggests use exotic harmonic devices such as the whole tone and octatonic scales – can also be found broad hints of the moguchaya kuchka (The Five); but only just…

Rather unusually, Yelena Eckemoff is also often spoken of in terms used to describe a Jazz musician. In actual fact she is not and the music on In the Shadow of a Cloud proves this as do the ten other albums that came before it. Her similarity to the Romantics and to Jazz seems to dissolve in her compositions and playing both of which are subsumed in an almost anthropophagic manner by the Romantic Era in classical music (and indeed all of classical music) as well as by the trickery of Jazz improvisation, and in the convention of classical polytonality as well as in the polyrhythms of Jazz, 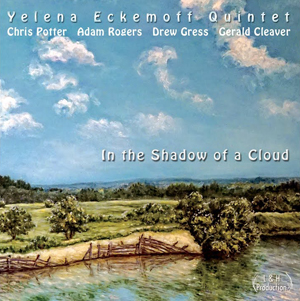 so much so that while others like her are said to “blur the (artificial) lines between the two musical styles, Miss Eckemoff actually blurs the musics themselves – as if in an agitating beaker containing both in liquefied form. And it is this ceaseless agitating action that Yelena Eckemoff creates music that is quite singular unto herself and no other musician.

So unique in fact is the music that it is only on Disc Two of this two-record set In the Shadow of a Cloud that we hear something resembling a familiar musical form; a waltz (the first of two) which appears under the name “Waltz of the Yellow Petals”. However, even here (as on the earlier, prancing “Picnic in the Oaks”) and perhaps characteristically so, the (latter) song is transformed, at its end, into a giddying dance performed by two characters – mother and daughter – chasing each other as if around a maypole. Indeed “mother and daughter” are the main (or the only) characters in this extended opera that unfolds under the shadow of the clouds – that, in their turn, change from dark and ominous to wispy and flirtingly beautiful. Thus too does the music, which is, by turns celestial and terrestrial, and full of glinting lights, mysterious depths, expectations frustrations, hopes and doubts, and at times like in “Vision of a Hunt” and “The Fog” like the shattered shadows of a sinister quasi-Borodinian scherzo, glimpsed by moonlight in a forest she left behind.

Yelena Eckemoff appeared full formed, ever since her very first recording; a creative time-bomb, primed and awaiting activation as if by the first bars of each of her compositions that she plays. Deeply autobiographical in content (which is also more concretely brought to life in the accompanying poetic booklet notes) each opus is like a public confessional of her Romantic tendencies and fertile imagination. However, unlike that arch-Romantic, Robert Schumann, Yelena Eckemoff does not employ ciphers and codes to say and sing what’s on her mind. Rather, like classic-James Joyce she lets it all flow out like a stream (in the opening bars at first) that becomes a flood (at the end) as the music surges on to its inevitable conclusion, with her accompanying poetry tumbling in harness as if loosed by the memories of her childhood. On In the Shadow of a Cloud Miss Eckemoff is accompanied by Chris Potter, Adam Rogers, Drew Gress and Gerald Cleaver, and James Farber (who recorded these events), and Rich Breen (who mixed and mastered the tapes) all of whom bear witness to her testimonials with the sensitivity of most apt confessors.