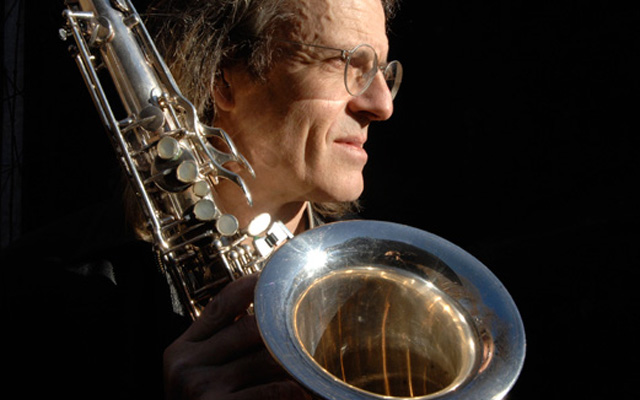 The Schlitten of the title Schlitten refers of course to Don Schlitten, a legendary record producer and label owner, who, among other things, founded Signal Records (with Harold Goldberg and Jules Colomby), recording Duke Jordan and others from 1955 before selling the label to Savoy; then working freelance before founding Cobblestone Records in 1972 with another legendary producer, the late Joe Fields, recording Sonny Stitt and producing the 1972 Newport Jazz Festival, as well as (later) the Muse and Onyx Record labels. The partnership dissolved and Joe Fields went on to found the highly successful Jazz Depot (HighNote and Savant) while Don Schlitten founded Xanadu Records and recorded Charles McPherson, Ronnie Cuber and other big names in Jazz music.

Schlitten has been masterminded by Tom Gsteiger, a Swiss writer with a profound love for Jazz, who also teaches at the Lucerne University of Applied Sciences and at the University for Music, Basel. And while Mr Gsteiger and OFTF the label responsible for this release might seem strange bedfellows, there is nothing strange or whimsical about the music on Schlitten Both the label 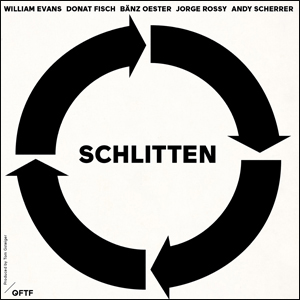 and the producer seem firm in the belief that a tribute to the kind of Jazz that drove generations of audiences insane from the turn of the 20th century and laid the groundwork for the avant-garde of the 1960s and everything is worth returning to every now and then.

Clearly Mr Gsteiger knew what he wanted to achieve and also didn’t have to look too far to find five musicians to make it swing and then swing some more on eight classic tunes written from 1912 onwards that have entered the canon of Jazz for over a little over one hundred years. And so you would also be hard pressed to find a recording of these works, more true to classic, no-nonsense, straight-shooting melody, harmony and polyrhythms and more thrilling than this one. Throughout William Evans, Donat Fisch, Banz Oester, Jorge Rossy and Andy Scherrer play with usual trademarks of incisive attack and beautifully accented and dramatised Time.

This pays rich dividends not only in the warmth of each solo, but in the masterful flights of harmonic fancy when the musicians engage in the kind of ensemble playing that really hasn’t been heard since giants such as Louis Armstrong, Duke Ellington, Fats Waller, Coleman Hawkins, Ben Webster, Charlie Parker and Dizzy Gillespie, Thelonious Monk, Bud Powell, Kenny Clarke and Max Roach, Charles Mingus and a handful of others in the Jazz pantheon walked the earth. The group of William Evans, Donat Fisch, Banz Oester, Jorge Rossy and Andy Scherrer is particularly alive to the theatre of these quintessentially Jazz works from Fats Waller’s “Jitterbug Waltz” to Thelonious Monk’s “Misterioso” and the magic lingers long after last bars of “Bill” die down. All this in praise of Don Schlitten too.