Home Music Will Calhoun – Life in this World 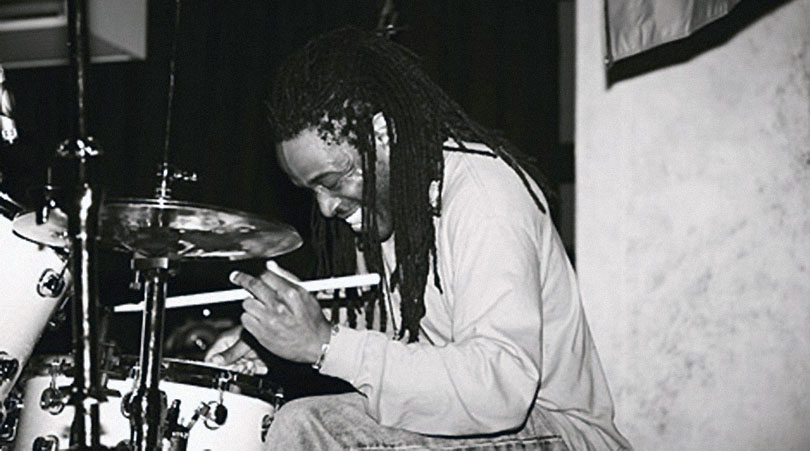 In drummer Will Calhoun’s expressive percussion on Life in this World it is possible to hear the rhythmic interconnectedness of all things. This is because Mr. Calhoun digs really deep into both his psyche and his spirit to make music that is driven by both these elements of his being as well as from the prompts of his very soul. By his own admission, this is Mr. Calhoun’s first foray into the literature of jazz, an idiom that he has so often eschewed on record, at least, for that of the scathing and metallic attack of rock music, made with the celebrated band, Living Colour. Naturally the music here will also be judged—and Mr. Calhoun knows this well—on how deeply the drummer is able to connect with his history. With Will Calhoun that is the essence of his very being. Every dropping of a thunderous depth bomb on the tom-tom, or on the deep and sonorous bass drum carries the soulful grunt and deliberate thunderclap of his Afri-centric heritage. The combination of mighty melodic thuds amid the delicate swish of cymbals and the rat-a-tat of the virtually speaking snare broken only by an accent from the brush on another well-tuned drum or a rattle of the gong deepens his sense of place among the ling line of Afri-American percussion colourists. 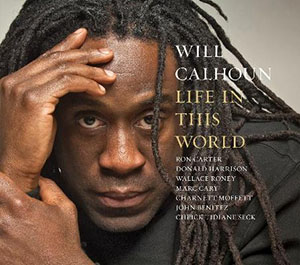 There is also a very special relationship that Mr. Calhoun shares with his bassist—both here on this record as well as elsewhere in his music that accounts for the significance of the singularity of his music. The thunder and lightning of “Brother Will” that builds from a quiet opening into a mighty sonic landscape driven by the drummer and not one, but two bassists who carry the music towards its lofty state. This propels the other participants in the music: pianist Marc Cary and Wallace Roney, to provide the incidental colours to the rolling thunder of the rhythm. “Spectrum” is characterized by an enormous circular melodic pattern that is infused by a stirring harmony, beautifully wrought by Mr. Cary as both drummer and bassist explore the rhythmic architecture that impels the music onward. This mostly modal piece revolves around a few simple chords, but is exquisitely cut apart so that piano, bass and drums can re-fabricate its elemental brooding melody. The roaring West African rhythm and harmonic excursions make “King Tut’s Strut” an immensely danceable tune as well as show a drummer deeply honouring a great heritage.

Africa is intrinsic to this album. But Will Calhoun does not merely acknowledge his association with that continent; he does, in fact, pay much more than mere lip service to the nations of Africa. Cole Porter’s “Love for Sale” receives a wonderful rhythmic twist with brushes on drums and with cymbals caressed by the same wires. Moreover the timing of the piece is completely changed with the rushing melody characterized by quarter notes. Also consider how magnificently Mr. Calhoun re-invents the harmonic and rhythmic architecture of John Coltrane’s great ballad, “Naima”. The svelte and sensuous manner in which Mr. Coltrane announced his tender intentions in the original chart is replaced with a heavy underlay of Mr. Calhoun’s gongs and other assorted percussion, including a brilliant turn on the Afro-Peruvian cajón. These and the re-imagination of Thelonious Monk’s “Evidence” as only Mr. Calhoun and his deeply African sensibility can re-read, provides further proof of the drummer’s deep commitment to his roots and blues.

Other imaginatively rendered charts include Wayne Shorter’s “Etcetera,” Marc Cary’s gorgeous “He who Hops” and Mr. Calhoun’s own intricate little piece, “Abu Bakr II”. However it bears mention that the drummer is not alone in crafting this outstanding album. Surely Will Calhoun owes much to the magnificent pianism of Marc Cary, who brings a wonderful sonic palette to the harmonics of the music. There is also the fine work by saxophonist Donald Harrison, who is almost other worldly in “Naima”. Bassists Charnett Moffett, Ron Carter, Joh Benitez and the superb electric bass of Doug Wimbish are further colour and melodic enhancements to music everywhere. Wallace Roney is characteristically sharp and plays the role of bleeding heart superbly. Even the trio of pianist Cheick Tidiane Seck, n’goni player, Brehima ‘Benego’ Diakite and bassist Alioune Wade are outstanding on “Afrique Kan’e”.

But at the end of the day, this is a vehicle for Will Calhoun and on the proof of “Naima” and “Evidence” alone the album would be entirely unforgettable.