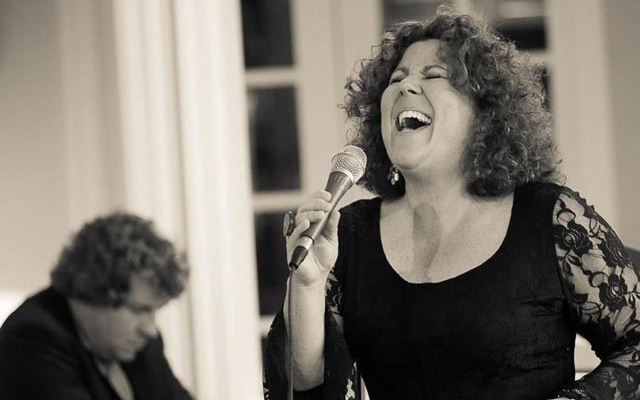 The seemingly endless flow of recordings dedicated to American standards makes it easy to turn off the ears every so often. That, however, would be a tragic mistake when you spin We Two a 2016 release from Wendy Pedersen and Jim Gasior. Not only is this perhaps the best vocal recording of 2016, but risking all hyperbole, I am willing to suggest it is one of the best vocal records ever made. And should readers scoff at the idea, I have a simple suggestion: listen to it. I did and I am still recovering from the shock of discovering it. Not just the voice of Wendy Pedersen, I might add, but the incredible sense of pianism that Jim Gasior is made of, whom despite being mostly the accompanist here, plays with sheer ingenuity because of it. (More of that very shortly). 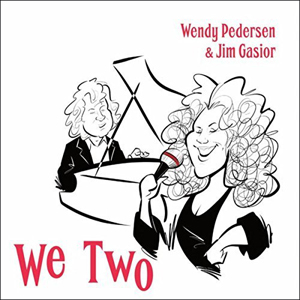 Wendy Pedersen was clearly born to sing. But these twelve songs suggest something more. Indeed they suggest that Pedersen is an embodiment of artistic genius as well. Artistic genius is something inexplicable; this is at the very heart of its defining physiognomy. Those artists who live with this internal enigma are unable to reveal its mysteries and secrets. But somehow they magically appear when artists like Wendy Pedersen are in the throes of their art. It takes but the hint of a cue; barely the suggestion of a note and its pitch for Wendy Pedersen’s ingenuity to be triggered and swept away by a primordial force that even appears so beyond her. Indeed like all geniuses Pedersen ‘plays’ like a child. Her voice is luminous. Her throat, tongue, palette and lips seem to treat each note as if it were a real thing, made not of air, but flesh and blood. As a result phrases and lines are brought to life as if they are voiced by real-life characters in a tableau that unfolds before your eyes, while your ears drink in the emotion of aural experience.

The music of each song features Wendy Pedersen’s elaborate solo-voiced verses, each a sense of dramatic pacing, contrasting moods and textures all of which is delivered in a musical language Pedersen’s own. Consider how she coaxes and caresses the piano with loving delicacy on ‘It Ain’t Necessarily So’. And fall prey to the seduction of ‘Round Midnight’ which comes wrapped in an achingly beautiful, burnished mahogany tone. ‘Oh, What A Beautiful Morning’ catches the ear with its ebullience and lyrical poise. On ‘Jitterbug Waltz’, Pedersen eschews flamboyance and yet she makes the lyrics to the song dance and leap with elemental joy. And, on and on as every song becomes an epitomé of elegant musicality with a judicious ear for contrapuntal detail and informed scholarship… until the end of the disc where Pedersen swings ‘Exactly Like You’ with unfettered abandon.

It is sometimes hard to listen to this recording as a mere duet between voice and piano. It is almost as if it were supremely seductive Lieder singing, with natural intelligence and ease with words, matched by spectacular piano playing. And herein lies the mastery of Jim Gasior’s performance. As in Lied performances the true measure of the pianist’s ingenuity is to know when to shine and when to recede from the spotlight and hand the stage back to the singer. Time and time again Gasior does just that, more often than not after a characteristically beautiful solo from him. His radiant contributions to each and every song play a large part making this programme utterly breathtaking from the first notes to the vanishing echoes of the last ones.

Track List: The Late Late Show; It Ain’t Necessarily So; If I Should Lose You / If Ever I Would Leave You; Everything But You; Jitterbug Waltz; Besame Mucho; The Best Thing For You, Just Me; Meet Me At No Special Place; ‘Round Midnight; My Favorite Things; Oh, What A Beautiful Morning; Exactly Like You.