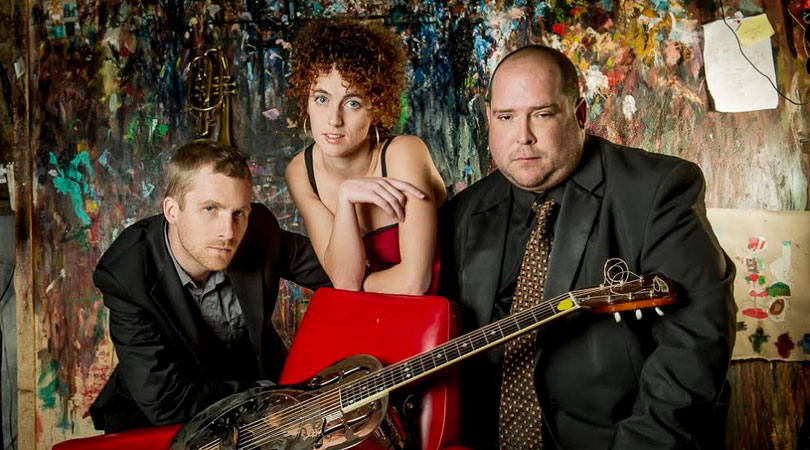 The resurgence of the deep roots of American music in New Orleans has not gone unnoticed, thanks to the efforts of Wynton Marsalis, Nicholas Payton and Wycliffe Gordon, Jon-Erik Kellso and several others. So also has the numbers of hangers-on. But although there have been many creative misadventures there have been some notable successes. Almost none have been as poignant as this band, the Viper Mad Trio. It is a wonder that they are not better known than they are. And to think that this is mostly all the handiwork of a still very young Molly Reeves, an extraordinarily talented guitarist and a breathtaking vocalist, with a heavenly voice and phrasing like the best of Louis Armstrong or L’il Hardin produced in the heyday of the Hot Fives and Hot Sevens. Her accents are bold, elementally primal and yet remarkably urbane at the same time. Her breathing is just right; she gulps air—that motion is almost palpable—and when she exhales there is almost always a beautifully-phrased and accented line that leaves the listener breathless. Something like what she does cannot be learned. Ms. Reeves was born to do this. And she never disappoints on the group’s wonderful 2014 release, Buddy Bolden’s Blues a recording of immense potential and rare and enduring beauty. 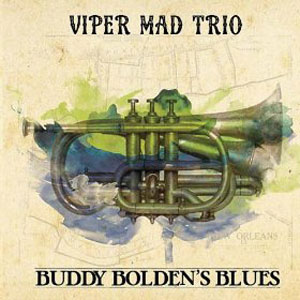 The group comprises Ms. Reeves, as mentioned, on guitar and vocals; an excellent bassist in Kellan Garcia and a brave new voice on trumpet, Ryan Robertson. “New” is a necessary epithet as these musicians are relatively obscure—well-known and loved at Umbria Jazz—but relatively unknown in North America, except for small clubs and short dates. One place they are famous is down South at the Little Gem Saloon. They have played there frequently and are well-loved by patrons as they are magnificent in performance and everything that Ms. Reeves does vocally on record is so much more magnified in person. The hot blast of wind that comes from the notes from Mr. Robertson’s horn is just as riveting. He is also a fine vocalist who sometimes sings alongside Ms. Reeves. Together they create wondrous and charming musical conversations. Mr. Kellan also sings, but only background vocals. But when all three get into the act they create some utterly down home stories. “Shorty’s Got To Go” is a classic in this area. And then there are the exquisite versions of “Bucket’s Got A Hole In It” and “Viper Mad”. But the most alluring is of course the one based on the legendary trumpeter, “Buddy Bolden’s Blues”. And Sidney Bechet’s classic “Viper Mad” gets a tremendous and rousing rendition. There is also time for tenderness in “Just Squeeze Me,” “Lotus Blossom” and the near-spiritual “I’m Confessin’ That I Love You”.

The Viper Mad trio is one of the bands that Molly Reeves has put together. She also is part of The Red Skunk Band, a group that is dedicated to preserving the rich heritage of Gypsy music, Louis Armstrong and Fats Waller. Here as in the Viper Mad band, Ms. Reeves channels the great guitarist Django Reinhardt with some excellent playing of her own. This spirited lady is headed for greater recognition and glory. It takes paying her dues and then leaping off the edge without a safety net. It takes guts—something she has plenty of, and time, of which she also has plenty of and great groups in the Viper Mad Trio and the Red Skunk Band as well.

Ed’s Note: There is no biographical note that features all of the members of the Viper Mad Trio but a website did provide the following:
Coming to you from New Orleans is the quirky couple of indie swing, Chaffin and Barthe. Embracing their peculiar middle names, Molly Chaffin Reeves (guitar/vocals/redness) and Kellen Barthe Garcia (bass/vocals/blondness) decided it was time for a swing band to get a little funky, and spunky. C&B puts the stank in swing playing all the classics from Fats Waller and Duke Ellington to Nat King Cole and Dizzy Gillespie. They also rope in various rock, funk, and folk tunes into a hot mess of swing. At the heart of the C&B sound is a collection of original songs that will keep you knee hoppin’ and bebopin’.

And then there was this:
Based out of California and New Orleans, The Red Skunk Band is swingin’, spontaneous, spunky, and exceedingly entertaining. Drawing inspiration from the styles of Django Reinhardt, Fats Waller, Louis Armstrong, as well as more contemporary influences, the Red Skunks cultivate a fresh and unique sound that honors and expands upon their jazz roots. In addition to the time-old classics, the Skunks generate original compositions that fuse sounds from the early eras of jazz with various iterations of indie music. By performing a mix of material written from both the early 20th and 21st centuries, the Skunks have the distinct ability to attract a diverse audience, and expose younger people to early jazz. As such, they command a mature, inimitable style that is amazing both for its intimacy and raw energy. Jazz newspaper, The American Rag calls the Red Skunk Band “must-have” and Sacramento Talent Magazine emphatically declares, “Entertainment is their specialty…” and “…the talent is fantastic.” This group of young musicians is able to bridge the gap between hot jazz and more modern music, satisfying audiences of all ages.