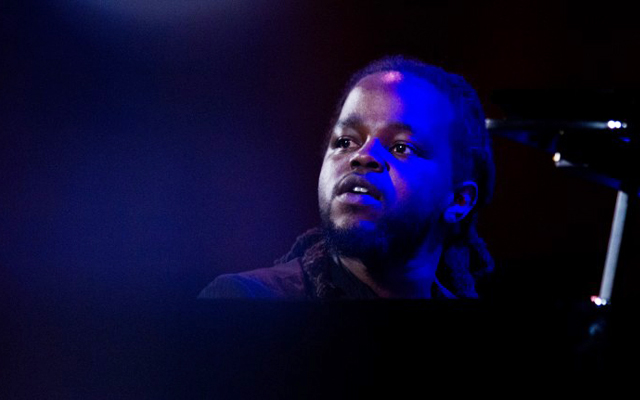 For a pianist – indeed for any musician – making his debut as leader, the temptation to produce a record that showcases his virtuosity is almost impossible to avoid. You hear this time and again, especially when it comes to the musicians of this generation. The temptation to show off one’s ‘chops’ seems almost too tempting to ignore. The young pianist Victor Gould is quite different. His record Clockwork is a startling maiden voyage that showcases music first and virtuosity second. This is truly rare among musicians, more so among pianists who are often prone to letting their fingers run off across the keyboard. Gould’s approach to making a first record is also unique in that he has chosen to write for different group settings. On paper this might seem like a conscious attempt to show off his skills, but the reality is a lot more profound. 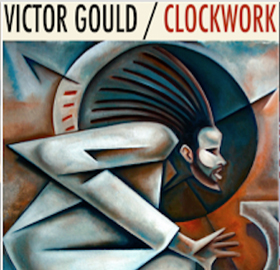 When Victor Gould hears music it appears that his ears pick up the elaborate nature of tonal colour, the multiplicity of texture and timbre in all their polyphonic glory. His compositions express just that in chamber-like passionately intense pieces. The same energy and fiercely independent critical intelligence are at work in sextet compositions, works with strings and trio compositions that are exquisitely performed by the core of his group: the ubiquitous Ben Williams on bass and the aristocratic E.J. Strickland on drums. The rest of his group includes extraordinarily talented young musicians: alto saxophonist Godwin Louis, tenor and soprano saxophonist Myron Walden, trumpeter Jeremy Pelt, a brilliant flutist Anne Drummond on two songs and percussionist Pedrito Martinez on three and a 1string trio in three charts as well.

Gould writes with vigour and expressive character. He is a master of time and pulse and the exquisite composition ‘Clockwork’ proves this through imaginative and subtle rhythmic changes. The pianist has a wonderful sense of drama, and this is something he expresses in music that often progresses from darkness to sudden illumination. These changes in compositional character are always gripping and full of elemental magic that is difficult to discern in young writers. Gould also shows that he is capable of writing music in a myriad of styles and structures. He relishes the wit and unpredictability rarely heard in Jazz music today and he can write a ballad (Chaancé) like the best composers of the golden era of Jazz. Best of all, Victor Gould is part of the Jazz continuum and he shows this as he integrates the various influences of musicians such as Wayne Shorter with such skill and conviction that it never becomes a distraction. All of this makes the pianist someone truly special in every aspect of his musicianship.