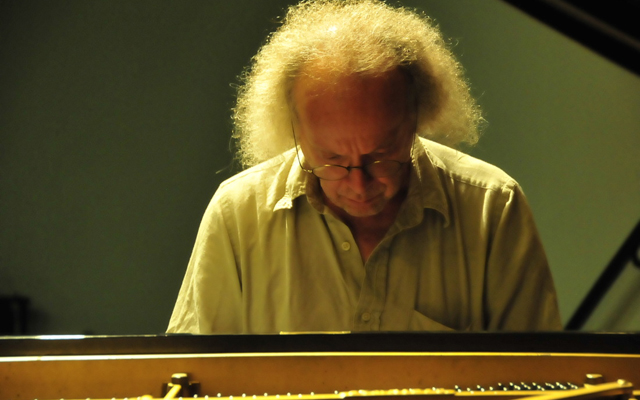 Veryan Weston has long since ploughed his lonely furrow across England and Europe, making music on all manner of keyboards including those gaining in popularity nowadays, such as the eminently resonant tracker action organ. This disc: Discoveries on Tracker Action Organs finds Mr Weston travelling across England in 2014, to find and play on some gorgeous instruments in the churches of St Mary the Virgin (South Croxton), All Saints (Horstead), St Mary’s (Brighton), Christ Church (Stannington), St Anselm Hall (Manchester), St Silas (Newcastle) and All Saints (York).

The music that has been captured on disc is quite breathtaking. It is quite the excitingly visceral experience for the listener because Mr Weston never really knows what he’s going to get from these old instruments. Each is awakened like some medieval beast and made to give praise to God, as it were, not in some bleak, faraway mist of time, but in the here and now. Appropriately, of course, 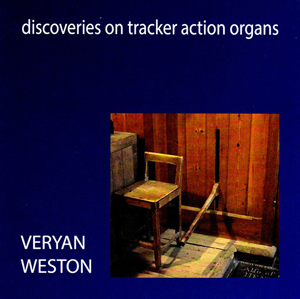 Veryan Weston works to no script, but invents as he goes along, prompted only, it would seem, by the grandeur of the sound of the instrument. This is marvelous and the listener may be found holding his breath while Mr Weston takes each organ to task.

Thus we are at our collective seat’s edge as we welcome Veryan Weston’s return to the organ bench where, it appears, he knows no limits to his explorations. Inexorable momentum here is born of fervent authority, a virtuosity of combined effects without gratuitous excess; a basking in the unique glory of each of the instruments that is played on this sojourn. But great instrument aside, it is all largely down to Mr Weston’s perception of how architecture and local colour can collide to mesmerising effect. The “Air on a G Pipe” is a case in point: the glistening parallel motion over pedal midway into the piece enticingly holds back to set up the rich-textured gravitas that follows.

Elsewhere Veryan Weston celebrates, in some style, his great predecessors on the instrument – but with candid singularity, nevertheless. His “Tripartite” is truly symphonic in grandeur and a work that truly harnesses the power of the tracker at St Silas most impressively. And clearly he (together with the producer, of course) saves the best for last in the granite-like blocks of intensely chiselled harmonic progressions of “Numerous Discoveries” starting very early on in the piece and building to the finale with immediacy and thrilling rhetoric. Still, it’s difficult to pick a favourite as Mr Weston partners each instrument with grandeur, flair and emotional risk.