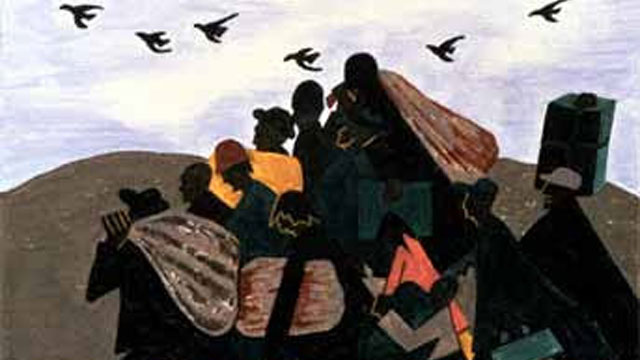 Lest we forget, there would be no popular American music without the Blues. And there would be no blues without Black America, African-America or whatever you want to call it. The Blues as we know it evolved from the slaves’ ritual lament to the African Gods over his condition in his forced homeland—the New World—and his secret communion with his fellow slaves about a shared condition, and then to the more classic blues (Amiri Baraka’s words) where instruments were added giving the structure (12-bar format) to the more traditional, primitive blues. As more instruments were added, the Blues continued to evolve to the rather sophisticated Rhythm and Blues. In doing so, was the original primitive “feeling” of the blues abandoned? In other words, was “you gotta suffer” to know and sing the Blues no longer true? This album, The Blues & Salvation would absolutely and emphatically suggest not. The musicologist with his indefatigable love of American music, Heiner Stadler has, together with Kent Cooper, produced this remarkable album with a spectacular sweep of blues from 1955 to 2008. And almost all of the music might suggest that the extraordinarily still-depressed Black America is still feeling the Blues and singing about it now more freely than ever. 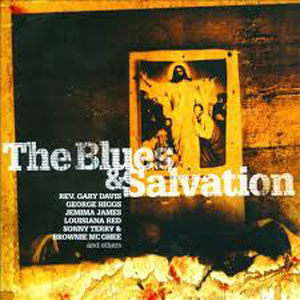 The majority of the repertoire features the great Rev. Gary Davis from the New York years 1955 to 1957. Rev. Davis’ extraordinary expressiveness and visceral guitar playing was a considerable influence on Bob Dylan, Jorma Kaukonen, Bob Weir and the Grateful Dead, John Sebastian and The Lovin’ Spoonful as well as Keb ‘Mo’ Ollabelle and a host of others. It is great to hear the venerable bluesman at the peak of his powers and his music here is among the finest examples of the Blues, in any period. “Blues in E,” “Crucifixion” and “Sermon” are classic examples of his work. The worldly colour of his music is breathtaking as well as touching and toe-tapping in equal measure. It is not difficult to see how the good Reverend could be an important influence on some of the most important musicians of the ’50’s and even to this present day. The 2-CD set also features some wonderful music by Jemima James, a woman who also carved a niche for herself in a music that was associated with male-domination. Ms. James felt the blues deeply and her singing and twanging guitar revisits the rippling runs of her male peers and in the broodingly beautiful voice that is singularly her own. The loose, simmering funk of her music makes for some of the most memorable repertoire on this set. There is also some classic music by Sonny Terry and by Brownie McGhee and also terrific music by George Higgs and Louisiana Red.

This package contains an inciteful essay by Kent Cooper, a biographer and curator of some of the legendary Blues music that still exists today. A somewhat regular collaborator of Heiner Stadler, Mr. Cooper has also worked together with Heiner Stadler and Labor Records to produce other recordings of iconic Bluesmen (and women) such as Johnny Shines and John Lee Hooker. Perhaps the most memorable recording the two have worked together on is the tribute to Leadbelly a project that featured the seminal music of the legendary Huddie Ledbetter (some of which was performed by the great one himself). This album was made available in 1997 and remains a classic along with the recording under review, comparable to any recording that the Smithsonian has made available to the aficionados of the primitive and classic Blues.

Track List: CD1 – Who Told You Woman; Rainy Day (alternate master); Going Train Blues (alternate master); Sweet Little Girl; Walk All Over Georgia; If I Had My Way; There’s Nothing Left To Say; Baby Please Don’t Go; Blues In E (instrumental); Crucifixion; Sermon; His Name Is Jesus; Old Hippy; Come Down And See Me Sometime; I Wonder What I Mean To You; I Wish I’d Gone To Birmingham; Candy Man; CD2 – I Didn’t Want To Join The Band (instrumental); When The Moon Goes Down; I Got Him Now; Tell Me Who; Jesus Met The Woman At The Well; Rolling Into Town; Honey Good Honey; There’s Nothing Left To Say; Steal Away And Pray; No Matter What You Do; Let Us Get Together; Mayor Beame; One Woman Man; Shoes By The Door; I Feel Like My Time Is…; Can’t Make The Journey By Myself; You’ve Gotten Over Me; You Got To Move; Another Skin; Lost John; Lost John (instrumental

About The Blues & Salvation

A new compilation of previously unreleased tracks featuring the iconic Reverend Gary Davis, whose enormous impact on American roots music influenced many of the most revered troubadours of our time including Bob Dylan, Dave Van Ronk, Townes Van Zandt, and many others. Joining the Reverend are the equally iconic Sonny Terry & Brownie McGhee, the best known blues duo to ever emerge, and the unforgettable Louisiana Red, the last of the giants from the classic age of blues noted for his abundant guitar skills and soulful singing. Also prominently featured are blues singer George Higgs, multiple Piedmont blues winner, and veteran folk singer Jemima James singing songs of “loves lost, looked for, and longed for” (AllMusic) with a sense of authenticity that is striking. Read more…