Vanessa Rubin pays reverent tribute to the great Tadd Dameron and in doing so has joined Paul Combs (and others elsewhere) in drawing attention to the importance of Mr Dameron not simply as composer of Jazz music, but in the greater realm of popular music as well. Even the incomparable lyricist Gene Lees might be seen to be remiss in seeming not to recognise Mr Dameron’s contribution in this regard in his book Singers and Song (OUP, 1987 and 1999 – revised ed.). And so it bears mention that the beauty of this music must go hand-in-hand with Miss Rubin’s attempt to draw attention to Mr Dameron “The Composer”. On both counts Miss Rubin’s presentation of this repertoire is quite remarkable and breathtaking.

Miss Rubin reveals herself here as an artist of the first order, broadening out from the Jazz repertory for which she is best known. Her instrument is gorgeous: lustrous, precise and feather-light even in its smoky mezzo register. Her musicianship is fierce too, as she digs into the expression of each word, brings ceaseless variety to soft dynamics and gives each phrase special grace. This is especially noteworthy when vocalising Mr Dameron’s songs, which have an unusually beautiful and dramatic storytelling quality to them. As a result of this special quality about her vocals, Miss Rubin 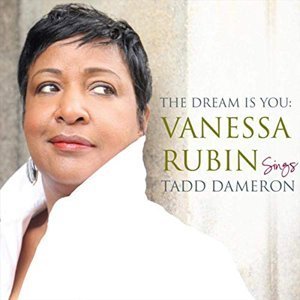 tells Mr Dameron’s stories by allowing the music to speak to her in a very special way as she focuses on sound, with fluid variation of dynamics and an impressive agreement on how vowels should sound. As an example one need only turn to the scatted sections of “Lady Bird”.

The disc contains booklet notes by Paul Combs, who wrote the most authoritative biography of Mr Dameron. In these notes too he never fails to draw attention to Mr Dameron’s remarkable ability as a songwriter to tell a story in almost all instances with the mere few words of the title of the song. However, this is a vocals album and one feels compelled to suggest that Mr Dameron might here be worthy of being recognised as unique among songwriters because of that. Mr Combs makes the distinction – as many assessors of music also do – that Mr Dameron was “nowhere near as gifted a lyricist as a composer”. Suffice it to say that even George Gershwin enlisted his brother Ira to write lyrics for him, as did the creators of opera who engaged librettists for their endeavours. In fairness Mr Combs later mentions that seven songs on this album “have lyrics as intended. The other five had lyrics added”, including one – “The Dream is You” – for which Miss Rubin has added the wonderful lyrics herself.

There is the other no small matter of the production of this recording and while on that subject the words “dream team” naturally come to mind. In this regard, Miss Rubin gives new meaning to the words. Consider who’s on the team: Cecil Bridgewater as producer the whole case of musicians of which a special acknowledgement must be made of Jon Cowherd who “plays” Mr Dameron’s other role here which is that of the pianist. Of course equal; credit goes to all the other musicians on this date that all parley with Miss Rubin like old friends as they also bring deeply interiorised readings of the works that complement Miss Rubin’s execution. Also part of the proverbial “dream team” are the contributing arrangers. And so shout outs go to Frank Foster, Benny Golson, Jimmy Heath, Willie Smith and Bobby Watson.

Perhaps it’s fair to suggest that Miss Rubin’s album – together with the efforts of Paul Combs (in all of his efforts too) – might finally bring attention to not only Mr Dameron but the Composer in Jazz as a whole.