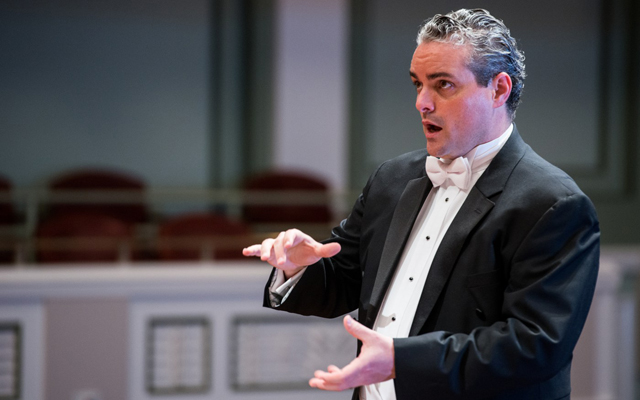 This recital spotlights the early blasts of 20th century Imagist Poetry from the mighty pen of Ezra Pound, whimsical mid-century poetry from e.e. cummings, forlorn Impressionist text and music from Maurice Ravel, heraldic music to go with William Blake’s prophetic poetry from the 18th century, and other contemporary spiritual and secular choral works. What is, perhaps the most striking aspect of the entire programme is the manner 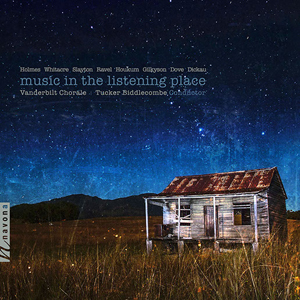 in which the breathtakingly complex vocal counterpoint is delivered by the Vanderbilt Chorale under the commanding baton of Tucker Biddlecombe. Here are performances of imaginative speculations, based as much on intuition as reason. They are certainly none the worse for that in terms of their musical conviction and beauty of tone.

The Vanderbilt produces a full sound and contains some fine soloists. Poems, chants and hymn-like prose that sounds at once baroque and romantic as well as beautifully modern. The arrangements are sparse where they need to be, and thick and luscious where necessary; always performed with absolute grace. Melodies float and weave with clarity, precision and feeling. The music is uniformly superb throughout but one is hard-pressed to single out Michael Slayton’s work on the Pound poetry, which is the most harmonically rich – something Pound took pains to cultivate long before anyone else, as he emphasised musical content in verse stripped of everything but its concrete image of which “A Girl” is particularly brilliant. The music to which cummings’ verse is set is also appropriately puckish and full of whimsy.

No less affecting is the seven-cycle “The Passing of the Year” by Jonathan Dove, which is a staging of some of William Blake’s most powerful poetry, together with a gilt-edged one by Emily Dickinson. The Chorale is at its most harmonically rich throughout this stunning sequence; all credit to Tucker Biddlecombe who navigates this music with considerable genius. The Chorale is also joined on several tracks by the glorious textures of soprano, contralto, tenor and baritone voices entwined; as well as the sound of strings in the Pound cycle and the eloquently caressed keys of the piano in both the Jonathan Dove cycle as well as in David Dickau’s Shakespeare-inspired music. The surprise is, of course, the vividly accents of the djembe on “Indodana”. Visceral addition conjures up images of infectious Africana and is a masterful addition to the music. Lamentable is the fact that texts are not included in the package, which diminishes somewhat any presentation of choral music, especially as vocal music is meant to be enjoyed with accompanying lyric sheets, just as all Lieder is, as is also opera, the best recordings of which come with printed librettos; a woeful lapse from Navona Records and the Parma group that is otherwise known for its punctilious care for detail.