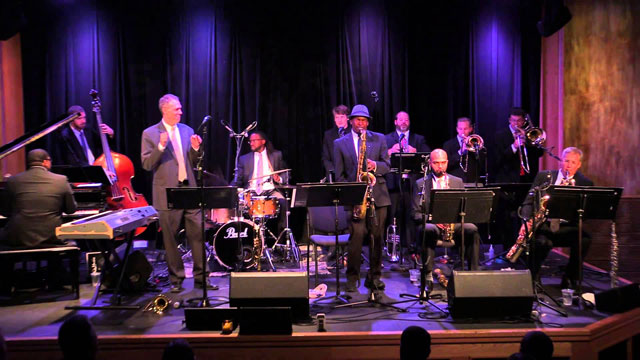 With trumpeters, trombone players and saxophonists such as those of Five Plus Six doing such wondrous things on Such Sweet Thunder where the music of Duke Ellington, Billy Strayhorn, Thelonious Monk and (yes!) Dolly Parton, you might be forgiven for thinking that other ensembles who attempt this fare are in danger of becoming defunct. Well maybe not just yet. But Five Plus Six’s superb recording of these iconic songs only confirms what we already knew: that there are no boundaries except those of good taste. For here are musicians under play under the leadership of trumpeter Vance Thompson and who have the artistry to persuade listeners to follow them anywhere. 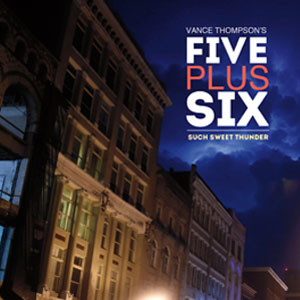 This stellar line-up of soloists includes the formidable tenor saxophonist Greg Tardy a swinging pianist Keith Brown and a mighty rhythmist, bassist Taylor Coker and percussion colourist, Nolan Nevels. All of these men contribute—together with Vance Thompson—to the exploration of great standards music as see through the lens of America’s classic composers. This exploration is one to which all of the above are ideally suited. Not only that, but the different textures and timbres afforded by various configurations—ranging from woodwinds and brass to piano and woodwinds with the rumble of bass and drums in between brings out the distinctive flavours of the music of the composers and the tradition that they are drawing from.

This is true of the wild swing of Duke Ellington’s “Rockin in Rhythm” and the balladry of “Prelude to a Kiss”; the profound beauty of Billy Strayhorn’s “Isfahan” the collaboration of the two men that led to such wonders as “Such Sweet Thunder”. Add to that all of the angular and breathtaking architecture of Thelonious Monk’s music from “Pannonica” to “Ugly Beauty” and “Four in One” and you already have a breathtakingly beautiful album. But then along comes the soft and darkly beautiful “He’s Gone Away” with which the recording ends. And through it all, again, is the extraordinary magnificence of the brass and woodwinds, the piano bass and drums of the entire ensemble, not just singing, but laughing and crying in equal measure.

It would seem that we are so stilted in our listening habits that we seem to ignore the road less travelled and in this case the ensemble less heard of. But it ought to be eminently clear by now that this is a band that must be taken seriously for two important reasons. The first is that they have curated some rarely played classics and second that they have done so in a masterful fashion. Their build-up to the end of the album is full of panache that it would be immensely remiss to not sit through it all—even the quirky addition of Dolly Parton’s “Little Sparrow” which is also quite beautiful as well.

About Five Plus Six

Five Plus Six is a new eleven piece jazz band based in Knoxville, TN and led by trumpeter Vance Thompson, founder and director of the Knoxville Jazz Orchestra. The group is about half way between a small group and a big band. It is essentially a jazz quintet plus six additional horns, hence the name. With a few notable exceptions (tenor saxophonist Greg Tardy, baritone saxophonist David King and trumpeter Michael Wyatt), the members of Five Plus Six are younger musicians who have “come of age” so to speak since the founding of the Knoxville Jazz Orchestra in 1999. Read more…