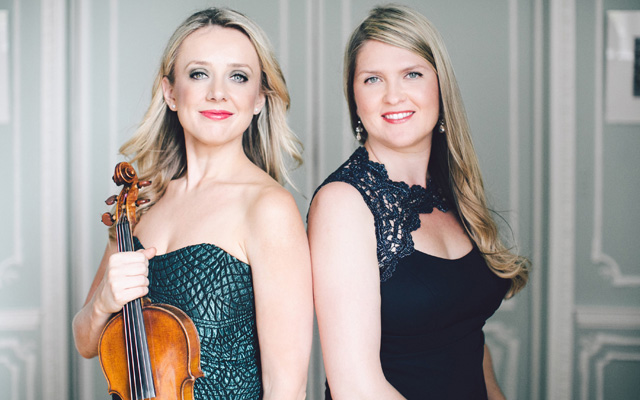 Before any assumption can be made regarding its title Virko Baley’s proclaims in his wonderfully historic and descriptive notes that the ‘Freedom’ of the title refers to setting free of Ukrainian artistry years of proscription and control Soviet era. Moreover, and this is particularly revealing, Ukraine was not officially recognised as a fully independent state until August 24, 1991. The feeling of ‘freedom’ thereafter must be regarded as having an immense impact on composers and music from the perspective of exercising complete independence of expression; to be who they really were and not whom it was convenient to be as composers. 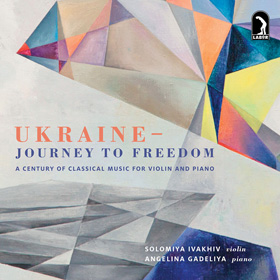 To call Solomiya Ivakhiv’s and Angelina Gadeliya’s interpretation of these wonderful compositions heavy-laden would certainly be no exaggeration. But there is also a wonderful unreservedness to the recital as pianist and violinist abandon themselves to the spirit of the music. So spaciousness is not the most surprising aspect of the performance – after all, it would seem that few musicians would take the allegro molto moderato marking in the music face value without infusing it with the ghostly whispering of echoes and silences that characterise these fine works. Allied to the undoubted pianistic and violin mastery of Gadeliya and Ivakhiv, such unorthodoxy certainly commands attention, although none of this suggests attention-seeking at all.

The interdependence of piano and violin produces scintillating performances throughout. This is instrumental in bringing out the lyric nature of the works here and is heard to especially mesmerising effect in Viktor Kosenko’s ‘Two Pieces Op.4’. You feel part of the idiom deriving from the uniquely Ukrainian feeling of release from cultural imprisonment into a heady mix of alternating violence and tenderness, innocence and seduction. Mood-swings are extreme, telling you that many Ukrainians might admit that their temperament can reel from sadness (an inimitably ‘blue’ tint) to a dignified exuberance, with little in between. And even when someone like Skoryk or Kryvopust or any other of the composers whose work is performed here give you pieces with a somewhat close cultural likeness to another, you listen with a sense of renewal thanks to the performances of Ivakhiv and Gadeliya.

Both violinist and pianist have technique in spades and are blessed with expression of a superb sensitivity and zest, and imaginative scope, making them simply splendid together. Both are lucid and focused in the swirling patterns of the music, making you think of nougat and caramel being poured into chocolate. Such is the delectability and sensuality of each performance. The recorded sound of this disc is also outstanding but no praise could be high enough for the performances of Solomiya Ivakhiv and Angelina Gadeliya.