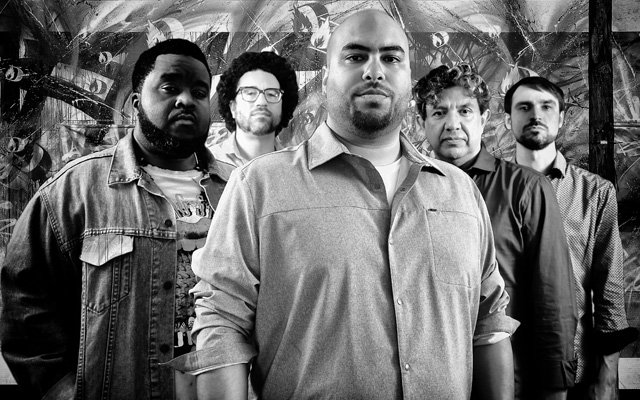 This disc, Nations United, is the third [or fourth, perhaps] iteration of Troy Roberts’ Nu-Jive ensemble and what an exceptional one it is for so many reasons – both musical and extra-musical. There is, to begin with, a wealth of material to consider. Mr Roberts’ celebrated status as a superb virtuoso and sharply dramatic tenor saxophonist is legend. The sheer technical élan with which he plays his instrument is nonpareil. And judging by his confident, strutting style he seems to be more than casually aware of his reputation.

Certainly [also] in his writing on Nations United Mr Roberts has a sure sense of structure and pacing, and his playing is free of mannerism – even though the funky electronic delivery of much of the harmonic support that surrounds him may demand a great deal of [mannered playing]. 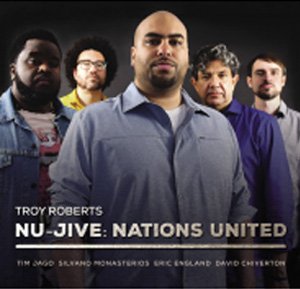 On “Tribes & Tribulations” and in the short stabbing inventions of “Sobrino”, Mr Roberts is more deliberate than other tenor-playing titans who may be more insouciant.

In his more virtuoso writing, such as the magnificent “Five Nations”, he imbues the piece with an almost laidback sense of stasis that grows on you if you let its wave-like energy wash over you. Mr Roberts Nu-Jive partners in crime include superb musicians such as the keyboards-playing Silvano Monasteros and the guitarist Tim Jago – frequent-flyers in the orbit inhabited by the tenor saxophonist. Both the bassist Eric England and drummer David Chiverton are rock-steady.

The latter comment should not be misconstrued as a slight that suggest a lesser level of invention. In fact, both rhythmists are in fine form and although they are attuned to Mr Roberts conception for this album, there is enough vigorous virtuoso reposts on the part of the bassist and drummer [“Hypnagogia” and “Dreamstation”] to suggest elements of biting wit and inventiveness in harmonics and rhythm to suggest that drummer and bassist can account for their own high-level of creativity on this album, which is certainly magnificently racy and has a constant pressure-cooking energy.

Add to all of this is an excellent recording as far as the engineering is concerned. This superb sound presentation goes a long way into making this a delectable disc.