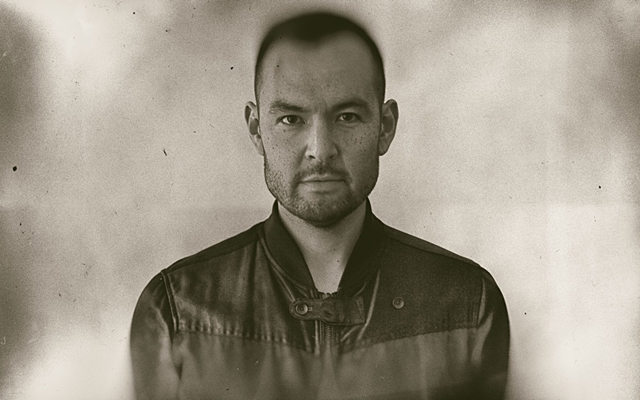 There are times while listening to Triple Double by the musician/drummer Tomas Fujiwara, that one is almost led to believe that he has a closer-than-usual affinity for post-Webern serialism until his distinctive and postmodern “polystylism”, the mixing of widely disparate styles, so much so that his music is packed with an intensity you will not find anywhere else. Add to that the fact that his scores are provocative and almost blood-spattered in places, and often performed by musicians of similar persuasion – such as Mary Halvorson and Taylor Ho Bynum and other members of Anthony Braxton’s charmed circle – and you have a proverbial vortex of music, created by two guitars, two drums and two brass instruments.

On Triple Double the fireworks start early; on the first tune, as a matter of fact. “Diving for Quarters”, with its dangerously whimsical connotations ensconced melody growing out of the title itself, the music develops from a crackling introduction of guitar and drums into a powerful bluesy work where Mr. Fujiwara and his musicians communicate the work’s visceral energy and features 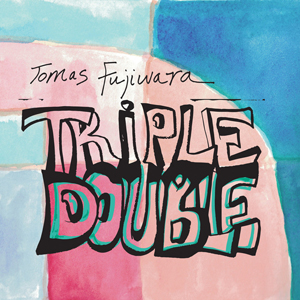 an outstanding guitar-drum conversation between Mr. Fujiwara and Gerald Clever, together with and the iconic Mary Halvorson and co-conspirator, Brendon Seabrook. This is coupled with some of Mr. Fujiwara’s best “orchestral” work for the ensemble.

Other songs, such as “Blueberry Eyes” are also quintessentially Fujiwara-polystylistic. This piece lurches with disarming abandon, featuring trumpet/cornet double teaming from Taylor Ho Bynum and Ralph Alessi’s discourses angled against the thundering drummers’, from suggestive discordant metallic styles to free-improvisation across varying moods. Most entertainingly Mr. Fujiwara seemingly reserves his – and the group’s best performances – for his mock-balladic “Love and Protest”, which explodes in a riot of colour echoing the brilliant imagery of Haskell Wexler’s monumental Vietnam era film, Medium Cool.

Further down the album, “Hurry Home” pushes the motor rhythms that are typically Tomas Fujiwara to near hysterical extremes, while the drummers lead the musicians in a demented, proverbial Pied Piper-like procession. At the end of this song you might suddenly become aware that the disc is almost at an end. However, you might feel a strong urge to go back to Mr. Fujiwara’s piece de resistance on this disc: “For Alan” with its howling trumpet and cornet, keening guitars, and amidst all this mayhem is a long, slow lament for drums which is tattooed out in all its dark intensity.

It is works like this which make Triple Double the remarkably frenetic, yet subliminally lyrical and expressive albums of music from a drummer whose breathtaking pageant of skills make his works a compelling spectacle of polyrhymic drumming.