An unabashed admirer of the inimitable modernist-melodist, Julius Hemphill, the alto saxophonist appears to also hold the melodic lineage of Mr Hemphill, exerting his strong and singular lyrical voice on the melodic conception that the celebrated ancestor left behind. Mr Berne’s alto saxophone sings in seemingly interminable whorls of musicality as one melodic variation inexorably melts into the other. He builds his musical edifices from this – tall, elegant structures wrought from the glimmering lines of his instrument, sculpted as if by French curves. Through Snakeoil, his longstanding ensemble, he invites clarinetist Oscar Noreiga, pianist Matt Mitchell and drummer [and percussion colourist] Ches Smith to pick up the melodic threads like the shuttle in a musical loom that races forth to produce the diaphanous fabric of the group’s music.

The music comes ideas born inside Mr Berne’s brain and they emerge from sketches that he, perhaps shares with his cohort before the performance – in the studio or on stage – begins. These “compositions” are far from what directs the pen on paper; rather Mr Berne seems to write with the nerve endings of his fingers. This, in turn, triggers and propels the music like unending synapses that – in turn – activate the keys of his alto horn. However, far from being involuntary actions, his playing is sublimely [and sometimes even “slyly”] crafted so that the not infrequent surprises inform his music that seems to go on forever – the ideas connected like gentle arguments which he bounces off his teammates. The result is music that is always fresh, unexpected, quite memorable, and delightfully whimsical. 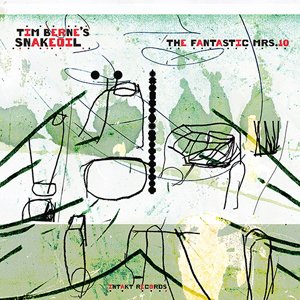 Tim Berne’s Snakeoil: The Fantastic Mrs 10 There is an almost interminable melodic and playful invention on this album – right from its title [album and song] through to the manner in which the most serious cognition of the music is both approached and expressed. The opening song is premonitory of a wonderfully characterful performance to follow. Mr Berne, Marc Ducret and Matt Mitchell’s, scrunching out the music’s dissonance, Oscar Noreiga, and Ches Smith’s eking out an etched detail from the rest of the melodic and rhythmic accompaniment propels this music to another dimension of nervous energy.

Songs such as “Surface Noise”, “Rolo” and the mysterious “Rose Coloured Assive” make for music that fizzes with dynamism and a swirling energy, piano and guitar locked hand-in-glove in a dramatic collaboration with the horns and percussion. Mr Berne and Mr Noreiga field delicious registrations on their respective instruments, their notes fulsomely captured by David Torn’s engineering. Mr Berne further conjures a fabulous melodic swell in the run-up to the album’s giddy dénouement, which is tangibly percussive and edged by the kind of nerviness evoked by Mr Berne’s music throughout this repertoire. This is a classic performance that deserves – nay, demands – a place in every music-lover’s library. 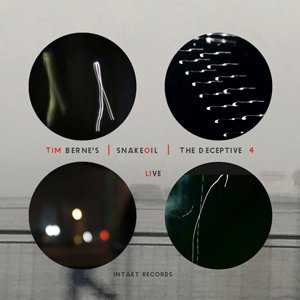 Tim Berne’s Snakeoil: The Deceptive 4 Live Buoyed, no doubt by appreciative audiences immersed in their music, Tim Berne’s Snakeoil is apt to dig deeper, to dwell a little bit longer on musical ideas, and to explore melodic and rhythmic extensions with greater depth. This is evident on this live double-disc featuring the group’s excursions at venues in New York during 2019, 2010 and 2017. The music bristles with invention and gathering intensity from disc to disc, and end to end. It is as well-engineered acoustic as the one reviewed above, with telling interleaving of woodwinds, piano, and punchy percussion.

The acoustic of the venues is astutely harnessed both by musicians and engineering, with the pleasing elements of clarity and focus, enhanced by the intensity that the musicians bring to each performance. Each one plays with fire in the belly. Songs such as “Moornoats” and “Hemphill” [in particular] are performed with the kind of wild elegance that has forever marked the music of Tim Berne’s Snakeoil. There is often melancholy introspection delivered in seemingly unending monologue followed by dialogues with others in the group, separately and together. The effect is often manic – always in keeping with the high watermark set by Mr Berne, whenever he puts horn to lips, egged on by musicians who seem to always think [and therefore play] likewise.