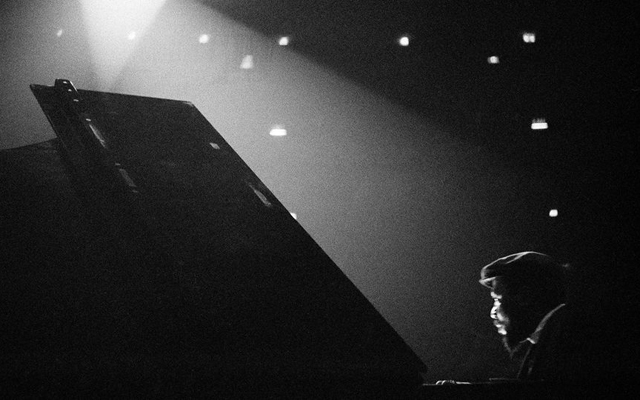 Thelonious Monk and Roger Vadim might make strange bedfellows, especially in the context of the latter’s film Les Liaisons Dangereuses but if that mean digging another unheard session by Monk, one will take that. Les Liaisons Dangereuses 1960 is Monk’s version of originally recorded music that appeared as part of Vadim’s film adaptation of Pierre Choderlos de Laclos’ 18th century novel. The release of this (Monk’s) music in a 2-LP limited audiophile edition vinyl and a double-CD is an important event not only for Monk’s literature, but it could well be a shot in the arm for the film perhaps specifically for Roger Vadim’s version, bolstering interest in his oeuvre too.

We know that Roger Vadim was an avid lover of Jazz and deeply appreciated Thelonious Monk’s music. The thought of Vadim and Monk being “in the same film” feels a little strange, simply because Monk’s music is without guile, unlike the convoluted plot of Vadim’s films. Certainly Les Liaisons Dangereuses was one of them. But the idea is interesting (and we’ll get to that shortly). 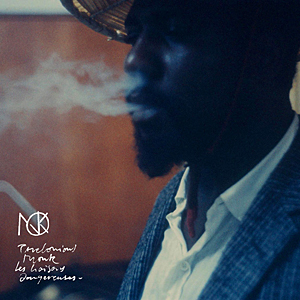 However, it is also true that Jazz and the French certainly feel as natural as “café au lait”. It’s also no small co-incidence that Boris Vian, perhaps the all-time greatest aficionado and ambassador of Jazz in France.

The music of Thelonious Monk comes at you from a myriad of angles. It often feels as if Monk’s music dwells in mystery like refracted light in a room-within-a-room-within-a-room (etc.) each one filled with mirrors. If you haven’t seen Roger Vadim’s film, Les Liaisons Dangereuses it’s time to darken the room and play the music Monk recorded for the soundtrack. Even the familiar songs seem brand new, more moody and with sparer, with transcendent melodic invention that is wholly new; with a new harmonic and rhythmic life provided as if by magic, by Charlie Rouse, Barney Wilen, Sam Jones and Art Taylor.

It’s always hard to single out any particular track as a favourite on a Thelonious Monk album. This one is no exception, except that because this music is always in your ear, through dialogue and plot-twists, and the dramatics that unfold at the end of the film. However, the pick of the songs, by far, are the quintessential solo versions of “Pannonica” – almost ghostly when heard in the context of Marcel Grignon’s ethereally lit cinematography. “Crepuscule with Nellie” is a close second. It’s almost as if Monk “saw” his patroness (Pannonica de Koenigswarter) and his beloved wife Nellie in the film.

The LP package (and the CD package) is enriched by rare session photographs and wonderful booklet notes by Robin D.G. Kelly, whose Thelonious Monk: The Life and Times of an American Original is a gleaming gem of a book. However none of this might have seen the light of day were it not for the archeologist-in-chief, Zev Feldman, who always seems to be in the right place at the right time, whenever something as rare and priceless as this Thelonious Monk soundtrack Les Liaisons Dangereuses shows up. However… All glory to His Outness, Thelonious Monk himself.