Artistic geniuses often have a way of expressing themselves as children do, swept away by an invisible force that is beyond them. Baudelaire was absolutely right when he once said: L’artiste, homme du monde, homme des foules et enfant” [“Genius is no more than childhood captured at will”]. We’ve seen this proved time and time again by the likes of Jimi Hendrix, Miles, Davis… and over a considerable period of time now, by the pianist David Helbock.

Mr Helbock is one of those pianists who have a natural rapport with his instrument. When he plays the piano – inside it, on the strings and outside it, on the keyboard – it is often no longer a piano; it is a violin, a harp, a clarinet, a guitar, or the whole crashing orchestra. Irrespective of what or where he plays the instrument his is a restless creativity; always probing its sonic universe, dealing glancing blows at the keys, playing with nuanced, expressive articulation.

His fluid dexterity, electrical virtuosity; the colossal, powerful octaves, gliding cascades, fluid glissandos, imaginative phrasing and almost intangible pianissimos, together with inner voices that seem to have a life of their own and a richness of sound are almost immediately recognisable. For good measure, there is also an eloquent style about everything that he plays and this is equally true whether he is playing solo or with other musicians as we see from his last two recordings 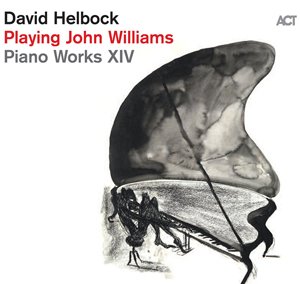 David Helbock: Playing John Williams – Piano Works XIV There is something magical about Mr Helbock’s tribute to the composer John Williams, renowned for his film-scores. It’s no coincidence then that Mr Helbock has chosen to honour the composer by creating a kind of seamless ‘soundtrack’ as this homage, and setting everything around Mr Williams’ theme for the series of Harry Potter films. This accentuates the whole idea – and experience – of things magical. “Hedwig’s Theme” is broken into four parts – each performed as a kind of interlude, interspersed throughout this exquisite solo piano recording.

Playing John Williams also touches upon the composer’s diverse array of soundtracks for celebrated films such as Superman, Schindler’s List, Catch Me If You Can, Saving Private Ryan, as well as films you may have forgotten – such as Munich. Of course, there are also such immortal ones such E.T., Star Wars and the Indiana Jones series.

Throughout the repertoire, Mr Helbock manages not only to conjure the imagery of the adventure in each of the films, but he also evokes the depth of emotion of characters in some of the films known for their poignant themes and stories, such as Munich and Schindler’s List. This isn’t simply ‘another’ David Helbock album, it’s one to absolutely die for. 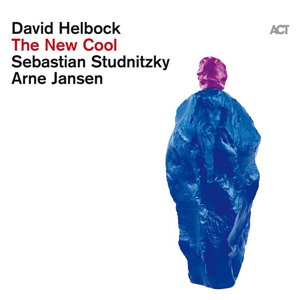 David Helbock – with Sebastian Studnitsky | Arne Jansen: The New Cool Sharing this set with trumpeter Sebastian Studnitsky, Mr Helbock doffs his proverbial hat to the extraordinary changes in music effected by Gil Evans and Miles Davis in 1955-1956. Thus the title, The New Cool is suggestive of extrapolating on that development, while expressing in the clearest terms, Mr Helbock’s own sound world – something he has inhabited throughout the years of his sparkling career as a professional musician. The repertoire expresses his attachment to his instrument – especially with his breathtaking interpretation of Chopin’s “Prelude in E-minor, Op. 28, No. 4”.

His own compositions are especially poignant as he expresses the angst as well as quietude of life in the throes of a global pandemic with “Pandemic of Ignorance”, a composition which is full of the kind of sardonicism and anger that seems to be directed no one in particular, yet humanity in general. “Hymn for Sophie Scholl” is an elegantly crafted elegy for the legendary German student and anti-Nazi political activist, active within the White Rose non-violent resistance group in Nazi Germany. It is, quite simply, the apogee of this album.

Inviting guitarist, Arne Jansen, to enhance the chordal element of his pianism is an inspired move and gives the music new dimensions of light and dark, and a textural palette that is quite extraordinary. Moreover, with Mr Studnitsky’ whispered hissing on the trumpet the music is spookily evocative of the kind of aural palette of the Danish trumpeter Palle Mikkelborg, who, coincidentally, also wrote [the central work] and played with Miles Davis on one of the latter’s late albums Aura. But make no mistake, Mr Studnitsky’s is a singular voice and he contributes just as uniquely to the exquisite sound world of David Helbock.