Home Music The North: Slow Down (This isn’t the Mainland) 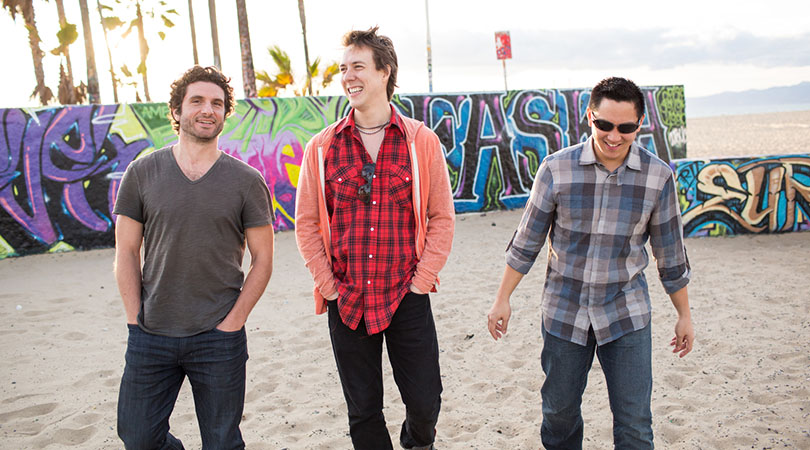 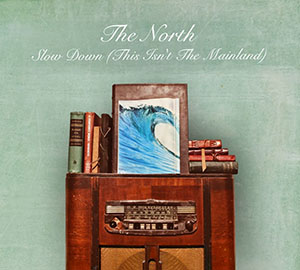 For a musician, virtuosity and technique do not always go hand in hand with vision. The latter is something the musician is either born with or not; the former two functions come with practicing the craft and honing a skill, and that takes hour upon hour of woodshedding. Romain Collin—one third of the North Trio—seems to have come to the crossroads where upon his vision has been revealed to him in the proverbial apocalyptic shout that happens suddenly in the brain. Moreover, he has spent many hours indeed honing his pianistic craft so much so that the visionary pianist in him has already been born—at a rather young age. On what seems like an epic musical journey, on Slow Down (This isn’t the Mainland) only the first recording by the North Trio, Mr. Collin is joined by two equally, or perhaps, younger gentlemen: bassist Shawn Conley, weaned away from the Honolulu Symphony by the great Frenchman, Francois Rabbath, who seems to have schooled the young man in the art of four strings tuned in the mystical magic of bass clef, in E-A-D-G; and then there is Abe Lagrimas Jr., another native Hawaiian and percussion colourist so well suited to the band that he could easily be a doppelgänger of either one of the other musicians.

It is rare indeed for a first record to be made with such lyricism and elegance and most powerful is the narrative and ability of the musicians which is absolutely true to telling vivid stories. But Slow Down is just that record. The young griot, Romain Collin, seems to have got into his swart ship and sailed Odysseus-like, on the journey of a lifetime. The fascinating sights and sounds have imbued the music of this tight trio. Giving praise for the unbridled ingenuity of their musical gifts the three musicians have responded in kind. Mr. Collin is observant and quick-witted, but he is also deep and his lines are dense and luscious and intertwined with the heart of the storylines with glorious complexity. He does not so much as play the phrases and lines as facilitate their flow as they unravel like Medusa’s head of hair. Then Mr. Collin pries them apart and gives order to the flow that now gushes, shimmering in its viscosity. Mr. Conley’s bass playing seems to follow suit. He is a melodious player, but knows how to improvise not only in the harmonic realm, but also on melody. His fingers play the strings with sinewy control and his notes have a growling resonance with which he adds to the gravitas of the music. Brass and woodwinds, reeds and strings are hardly missed here and it is not for the manner in which the piano and the bass cover up for them. The young drummer, Abe Lagrimas Jr., is a colourist with the rare gift of using percussion to daub a canvas made of piano and bass. Mr. Lagrimas’ uncanny feel for the palette is displayed on “Blowin’ In The Wind,” and not only this piece but throughout the beautifully recorded album.

There are no highlights to speak of. Everything must be heard in its entirety and in all its grandeur. For the music is almost linked together as if it were a suite, which it is not, of course, but its extraordinary beauty links the music inextricably—the musicians making it so half the time and the other half being the music itself, which reveals hidden stories every time the music is heard.

French- born pianist Romain Collin, who NPR’s Jon Weber calls “a visionary composer, an extraordinary jazz pianist and a very bright young rising star in the jazz world,” attended the Berklee School of Music and later graduated from the Thelonious Monk Institute (where he held a full scholarship) in 2007. He has appeared with Wayne Shorter, Herbie Hancock, Jimmy Heath, and Terence Blanchard, among others, and has recorded two albums as a leader, The Rise and Fall of Pipokuhn and the 2012 release, The Calling, of which All About Jazz said, “compositional flair and technique all seduce, but are trumped by the emotional strength in Collin’s writing and playing.”

Raised in Hawaii, bassist Shawn Conley won a position with the Honolulu Symphony while still in high school. The winner of a Wagoner fellowship, he studied with the renowned bassist Francois Rabbath in Paris. Conley, who has since settled in Brooklyn, New York, has worked with many prestigious jazz and classical artists including Yo-Yo Ma, Itzhak Perlman, Arturo O’Farrill, Mark Turner, and James Carter, as well as the notable chamber ensembles The Knights and Brooklyn Rider. He can also be heard on numerous soundtracks including “Moonrise Kingdom,” “True Grit,” “Extremely Loud and Incredibly Close,” and “The Secret Life of Walter Mitty.”

A Hawaiian native as well, drummer Lagrimas Jr. participated in celebrated music programs including Betty Carter’s Jazz Residency in Washington D.C., where he made his debut performance at the Kennedy Center For The Performing Arts. He later attended the Berklee College of Music. In addition to The North, he is also a member of the popular South Korean jazz group, Prelude, and has collaborated with a host of other musical artists including Eric Marienthal, Eric Reed, Bill Mays and Lalo Schifrin. Lagrimas Jr. is also a skilled vibraphonist and ukulele player with five solo albums, as well as being an active educator with noted musical instruction books to his name.