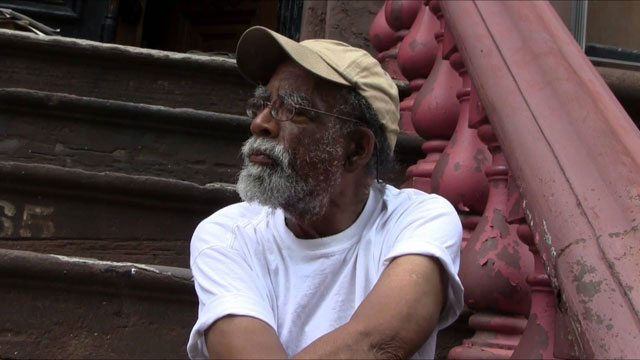 The New York Bass Violin Choir, Bill Lee – Musical Director
Someday someone, whether it is Strata-East we will never know, will be emboldened to reissue this classic recording and then connoisseurs of great music from the indelible literature of Jazz will be right royally pleased. There are few records—this one exists only in analogue vinyl form—worthy of being called “classics” like this one and although Bill Lee has had the rare distinction of performing in such stellar landscapes that included the likes of Bob Dylan and Pete Seeger, and Odetta, this ambitious recording remains his most edifying creation; a true Holy Grail for all musicians especially folk and jazz musicians, collectors, especially audiophiles to reach for. This disc is first and foremost a splendid celebration of the artistry of the bass; and glorifying the instrument is seven of its finest practitioners. Moreover, the bassists are supported by a tenor saxophonist, pianist and percussionist in what its creators called a “narrative folk, jazz opera”. Judging by the splendid melismas that are created by each of the bassists, playing pizzicato or con arco, it reflects not just the operatic scope of the music, sans vocals, but also a symphonic sense. And it that owes much to Duke Ellington and Charles Mingus its beauty comes in no small measure from the singularly elegant voice of Bill Lee and Sonny Brown of course. 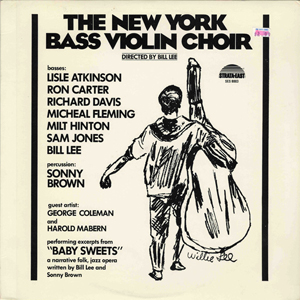 This might easily be Bill Lee’s greatest epiphany. It also celebrates the artistic partnership that Bill Lee shares with the six other bassists on the album. The seven movements run the gamut of musical measures that are a delight from first to last. They also bring out the special qualities of the bass violin quite masterfully. The musicians of the bass violin choir constitute a constellation of stellar virtuosos who weave the most magical tapestry of sound. To start with there is a sense of sharing the sheer physical thrill of the acoustic bass and because the instrument is a lead voice throughout—performed at any given time by a multiplicity of bassists—there is a sense of fierce and brilliant movements at every twist and turn in the music. At first blush a central theme may not be discernable, but then it is suddenly there—a palpable delight of rhythmically engaging music shrouded in mystery and magic, and so much agile brilliance that I was left breathless. And how they can dance—these seven basses, playing melody and harmony and rhythm like artists weaving as if in a whirling trance as their magical quilt to life. The deep sonorous drone of the basses contrasts delightfully when, with tripping lines some break away from the business of roar and rumble to soar in the upper atmosphere of the bass. Everywhere is the palpable sense of touch and subtle dynamics, where even the tiniest phrase has meaning and ornament.

If “Keep Me In Mind”, the theme from “Baby Sweets” sets the tonal gravitas for this operatic score, the individual portraits of individual musicians “John Coltrane” and “Horace Silver” and the ladies-in-waiting, “Monica” and “Veronica” become the dramatis personae in this ingenious labour of love. Even though they might seem to be disparate elements in a suite it is this very multifariousness of texture, shading and timbral extravagance that creates the glue that binds them all together. This is followed by one of the most extraordinary readings of “House of the Rising Sun” that I have ever heard. Here the entire ensemble of bassists revels in its echoing harmonies as they draw you daringly into their world of mystery and wonder. There is a whispered intimacy that extends into Bill Lee’s audaciously ornamented arrangement of the piece. At the end of it all you can be in no doubt of the thought that has gone into the making of this exquisite piece. His extraordinary musical character has gone into every aspect of this purported opera. And Bill Lee harnesses the possibilities of the bass in the service of this elongated suite. The result is a clear labour of love, and one in which he shines new light on his old magic to mesmerising effect, all of which is captured by a warmly sympathetic recording that alas is either out of print or at best extremely hard to find. Cherish your copy if you are lucky enough to have one.