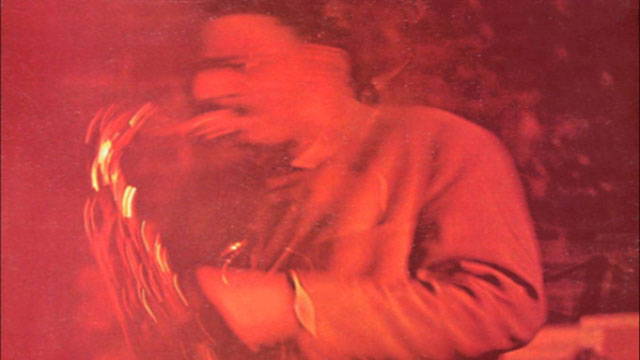 Of the many tributes to Albert Ayler, perhaps the most poignant will always be Blues for Albert Ayler by the Wright Reverend Frank Wright, a tenor saxophonist and flutist who emulated “Big J” McNeely and later developed his own singular and wild voice that forever paid tribute to Mr. Ayler. It is unfortunate that Mr. Ayler died young and was never granted the recognition he so richly deserved. Moreover, were it not for Esp-Disk, Bernard Stollman and now this terrific re-issue of Mr. Wright’s tribute to Albert Ayler, shepherded to disc by producer Michael D. Anderson, Frank Wright might also have passed like a ship in the night. This would have been such a pity as Frank Wright was a figure worthy of considerable renown and should never have been on the fringe of the 1960’s Freedom Movement. The suite that he has written in six parts is played as one continuous piece and it is, at its root a blues; emotionally, though not in the traditional manner technically. But it was the honoree, Albert Ayler who set his palimpsest about the “new” blues with his gut-wrenching emotional playing. He combined this with ecstatic spirituality and so that there could be no mistaking his shouting and preaching and the call and response he contrived with Donald Ayler and others, he went as far as to say that his music was the New Blues, whether America was ready for it or not. Now, Frank Wright adopts this ethos with his brilliant playing throughout. 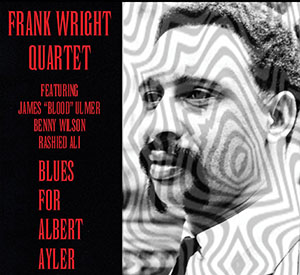 The tenor saxophonist carves out his long soli from as soon as he establishes the state of play and the indigo emotionality. However, but the notes that shoot out of his horn come in intense purple bursts that assault the minds ear in quantum packets of energy that sear the eye with their blue light from heaven’s gate. With the bell of his horn pumping upward the notes seem thrust towards the ceiling of the club where they hammer each other creating deafening claps of unmitigated thunder. “A Love Supreme” is suggested, but in the more manic style that Mr. Ayler might have played it; yet more angular, more fragile; almost as if the musicians were treading on broken glass. For his part James “Blood” Ulmer, who with Sonny Sharrock was and still is the most exciting guitarists since Jimi Hendrix also played in Mr. Ayler`s mould, creating unending jagged lines that were unconventional in their rolling elliptical harmonics; this Mr. Ulmer seemingly creates by playing two or more notes at once. These double and triple harmonics is one of the most exquisite aspects of the music. Then there is the drummer, the late Rashied Ali, who plays with extreme nervous energy, playing so fast that he easily multiplies exponentially, the pulse of the music, setting a frenetic pace that the rest of the band might choose to follow.

Benny Wilson also makes his honorable intentions known with some exquisite work throughout. His outstanding turn finds perfect expression in the majestic woody sound of the bass and a melodic con arco solo in “Part IV”. Here his stream-of-consciousness playing is punctuated by the occasional double stops… low growls as if uttered in the magisterium of Valhalla inviting the souls of departed gods and musicians to participate played out some great drama beyond the night sky. Mr. Wilson will not be denied. He preaches loudly and with consistent clarity as he thrusts himself in the forefront of the suite from “Part IV” on until the end of the suite. As the musicians reach the dénouement of this suite its beauty is announced as if a holy communion has been shared with the spirits up above in this spectacular and unforgettable homage to the great Albert Ayler.

Wright never made much of a name for himself outside the innermost circle of free jazz musicians and fans, yet he was influential in his own subversive way. Unlike Ornette Coleman, Albert Ayler, or Cecil Taylor — peers and contemporaries who were the same age or only slightly older — Wright never recorded even a single record under his own name for a major label; he was “underground” his entire career. Ayler’s scalding abstract expressionism was the prime influence on Wright, who transformed it with his own personality and passed it on. Echoes of Wright’s playing can be heard in the work of such younger saxophonists as Glenn Spearman, Sabir Mateen, Charles Gayle and Thomas Borgmann.

Wright played electric bass as a young man, performing in R&B bands in Memphis and Cleveland – Albert Ayler’s hometown. It was there that he met Ayler, who inspired him to take up the tenor saxophone. Wright moved to New York in the early ’60s and established himself on the burgeoning free jazz scene, playing with such musicians as organist Larry Young, saxophonist Noah Howard, and drummer Sunny Murray. Wright also played briefly with John Coltrane and Cecil Taylor. He led his first record date in 1965, Frank Wright Trio for the ESP label; his band included bassist Henry Grimes and drummer Tom Price. A Wright-led quintet recorded Your Prayer for ESP in 1967. He moved to France two years later, where he played with other American expatriates, including Noah Howard, pianist Bobby Few, and drummer Art Taylor. The early ’70s saw Wright perform and record with a band usually comprised of himself, Few, Howard, and drummer (not boxer) Muhammad Ali; bassist Alan Silva replaced Howard around 1972.

After returning briefly to the U.S. in 1971, Wright moved back to France. During the ’70s and ’80s, he worked both there and in the U.S., recording mostly for small European labels as both a leader and sideman with such musicians as bassist Sahib Sarbib, saxophonist Peter Brötzmann, and trumpeter Marvin Hannibal Peterson. In the mid-’80s, he formed an association with the world-renowned visual artist and sometime musician A.R. Penck; he also recorded and performed with Cecil Taylor. In 1988, he performed in concert with The Art Ensemble of Chicago at the Petrillo Bandshell in Chicago. His last recordings from 1989-1990 were with a trio that included Penck on drums and Frank Wollny on bass.