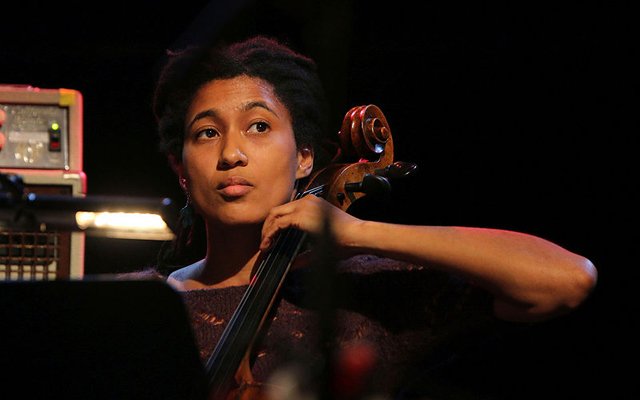 The cello is an instrument that was once glorified by the classical music composer such as Johann Sebastian Bach, Antonio Vivaldi, Vivaldi, Ludwig van Beethoven, Robert Schumann and Antonín Dvořák (to name a few) who composed featured works for the instrument. However, in the popular music of today it is, sadly, usually “featured” to give a particular piece of music a specific atmospheric aura. In classical music the names of Jacqueline du Pré, Pablo Casals, Mstislav Rostropovich, Julian Lloyd Weber, Yo-Yo Ma, Mischa Maisky, Steven Issrelis, Natalie Clein and now Sheku Kanneh-Mason are legion and tell of the instrument’s celebrated history. But it’s quite a different story outside of classical music. Soloists who have works specifically composed for the instrument in the realm of contemporary music – or who compose their own works – are a rarity today.

But, happily, wherever the enlightened musician of the modern-day popular ensemble resides there has often been a “cello chair” reserved for some of the very best cellists – artists such as Harry Babasin and Oscar Pettiford carved unique niches for themselves as a cellist and set the trend of generations of other cellists to follow; which led to artists such as Abdul Wadud, Diedre Murray, (occasionally) Ron Carter, Akua Dixon, Ernst Reijseger, Fred Lonberg-Holm, David Darling and Erik Friedlander are some other members of the small tribe. To that shortish list now features the brilliant young Tomeka Reid, a cellist who is possessed of an exquisite technique, good enough to hold down the chair in any situation – symphonic or elsewhere.

The “elsewhere” is where Miss Reid has spent most of her time perfecting her craft in the contemporary music scene; a place that covers many styles from Jazz to the new avant garde. Miss Reid could really play in any style – classical or modern. Her technique is impeccable; she plays with great intuition, is always engaging and her playing is lit with natural flair. Music gains a luminosity that comes directly from her playing. In the sear8ing intensity; the spiky motifs and relentless forward drive, we feel human emotion; a human voice itself, coming to life to cry and sing with sorrow and joy. Notes – freed from their life as black dots – leap and pirouette in the air of the room as if enacting some kind of modern-day ballet. was a fertile year from her creative spirit, producing many performances and two significant recordings. 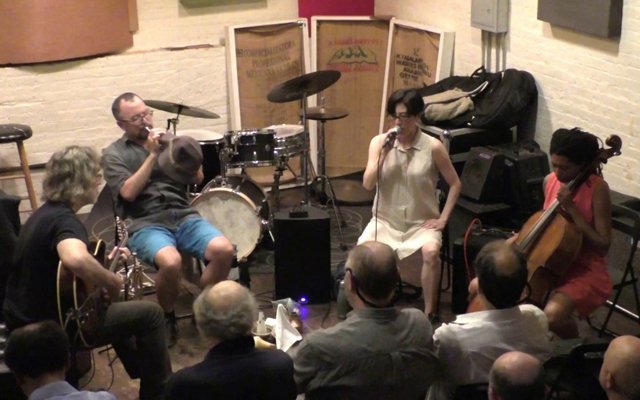 Tomeka Reid | Kyoko Kitamura | Taylor Ho Bynum | Joe Morris: Geometry of Distance This is a follow-up to the group’s dark and mysterious 2018 recording, Geometry of Caves. The word “geometry” in the title suggests (and ends up) providing a kind of ghostly structure to what might otherwise map an amorphous musical journey. However, more than anything else the mathematical metaphor continues to evoke natural forces that, on this recording, shape human endeavour within an infinite cosmos. 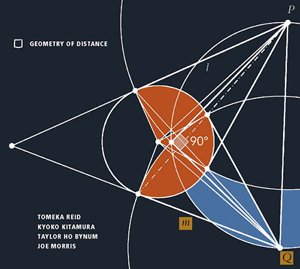 The musicians display a sophisticated attitude to rhythm and time – a marriage between the mathematical (specific note intervals with the phrase and line) and the lyrical (intuitive shapes of phrases, lines and tone textures arising from counterpoint and more hidden musical conversations). From “Space Chat” to “Sun Gazing” and beyond, we are treated to music that is a vocal/instrumental example of a pulse labyrinth – a kind of road map where the instrumentalists and vocalist determine the route along which the compositions travel as they wend their way through the musicians’ dynamic landscapes. It bears special mention that throughout Kyoko Kitamura shines with her lofty vocalastics, Taylor Ho Bynum’s horn playing is both adventurous and luminous while Joe Morris’ playing is transcendental 2019 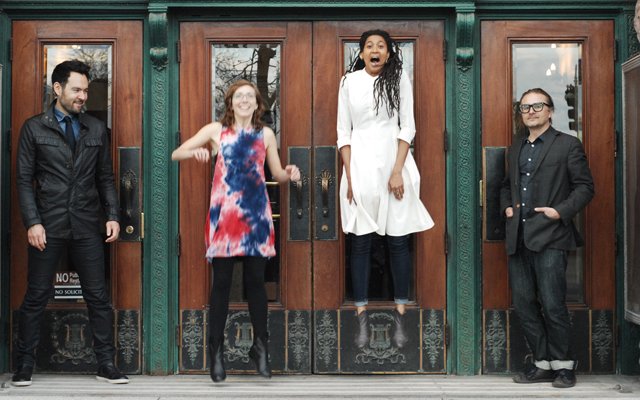 Tomeka Reid Quartet: Old New The explorations – for that word best describes what Miss Reid’s music is all about – are related more to the relationships between people on terra firma. And so we hear a more bluesy sound as Miss Reid’s cello stacks up immensely against the rumbling bass of Jason Roebke and rattle and thunder of Thomas Fujiwara’s drums. But at times, when Mary Halvorson’s guitar comes into play there is a delicacy to the music as textures thin diaphanously to the point where seismic musical events become more tangibly sinuous and evocative of human emotions. 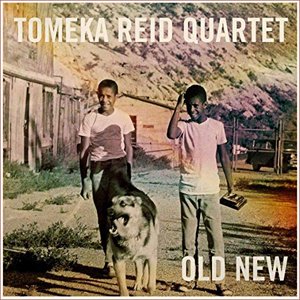 It’s fascinating to hear how composition and improvisation intertwine. Anyone who doubts that Miss Reid could cry – not simply play – the blues should take a listen to the head-shaking groove she gets into on “Wabash Blues”. Those who claim that she cannot really swing will have their minds completely changed by her attack on “Sadie” on which she also displays magnificent technique from pizzicato and “Peripatetic” on which she is also technically sublime with her double stops, col legno, sul ponticello and sui tasto, and driven Miss Halvorson’s stabbing chords by Mr Fujiwara’s fizzing brushes and the filigreed exchanges that follow between the cellist and the guitarist who absolutely shines here. Clearly this is just as contemplative and questing a work as Geometry of Distance although this one is driven by the raw, driving feeling of the blues. This is another valuable disc in the intriguing musical journey of a young superstar.