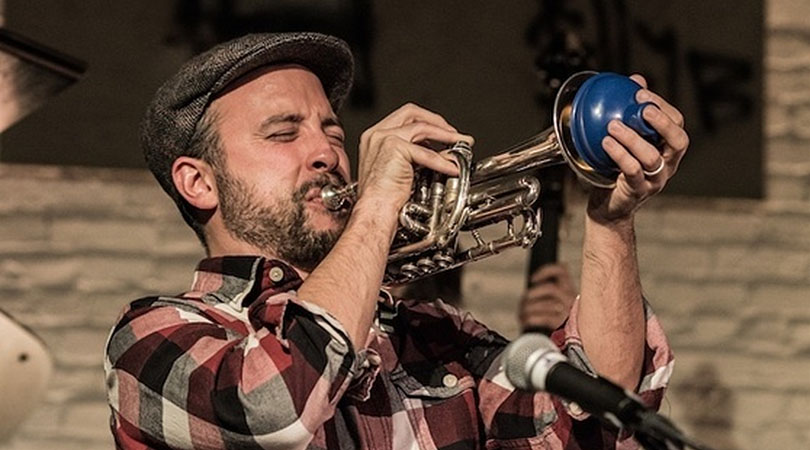 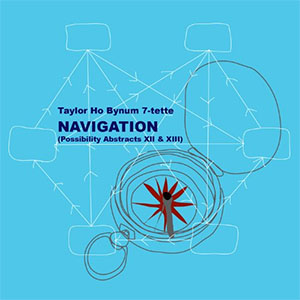 While the scope and breadth of Navigation might suggest that Taylor Ho Bynum and his 7-tette may not have recorded this seemingly epic set of musical sojourns one after the other and certainly not together, it is a fact that for such breathtaking to be maintained across even one of the forty-odd minute possibilities is, in itself quite an achievement. It is true also that opuses of such length—even longer—are not new (John Coltrane has played longer, improvising all the time and so has Anthony Braxton) it bears mention that continuous improvisation like this is rare indeed. Not only that, to be able to reference and improvise around a set of—or sets of—possibilities is very commendable and for these things alone, the cornet player and his ensemble deserve whole-hearted credit. Navigation is without a doubt a monumental work. Even though Taylor Ho Bynum suggests, rather modestly, that a listener might listen to all of the abstracts, but gravitate to one they might like (this he suggests) so much that the listener would go back to it, the better way to return to the work is to start at the beginning all the time. It is not possible to be partial to one or the other. Here’s why:

There is a beginning and a dénouement in each abstract, but the whole of the piece actually starts off from somewhere in between. This is just as in the history of any music there is really no beginning; only a starting point and consequently there is no end; only a timeless sign-off, which if followed actually returns to the starting, leap-off point. So it is with this music too. More and more it is convincing that music is the sound of dust settling (or not settling) as it roars across the infinite cosmos. It is age-old and has been rattling around in beautiful ellipses around galaxies, drawn every once in a while into the gravitational pull of places like ours, where through the ingenuity of the artist it filters into our head space only to be enunciated through various instruments and or voices to which it is made known. Then it flies off again into a wide are across the topography where it is played and will return again an age from now. Musicians pick up where others have left off in a grand continuum and music lasts from one history to another. The real fan or aficionado; the real cognoscenti will see it through and remark upon it for the next set of ears that come upon it. And when it is listened to with the soul, magical things happen in this continuum.

This music has certainly been created within this continuum. Taylor Ho Bynum has managed to travel in time with principally guitarist Mary Halvorson and the rest of the 7-tette, to draw on the molecular energy of cosmic dust. He understands that in quantum packets he will be able to decipher this energy and make the music of his time. This is what he does with Navigation. It is strictly speaking, the music of his time. Mr. Bynum has fallen through a time warp to find this and harness the creative impulses into his music. After leaping off the invisible board of the beginning of a notional era in music for instance —New Orleans and Congo Square—the cornet-player hears timbres and textures that he wishes to convert into a contemporary expression of that music. Several sequences later Mr. Bynum comes upon contrapuntal devices that he converts into multiple voices for alto saxophone and bass trombone or tuba; lathered over by guitar and bass; even drums and vibraphones. Somewhere in another sequence, he discovers serialism in the Book of the Past and here he makes it his own as he conducts what seem like random changes. Are these all relevant and how must they come together? There is no magic formula. But there is genius and that is all that is needed to sew the musical lines into a multi-coloured dream coat.

This is the infinite beauty of Navigation and this is how it must be listened to. Find the energy to listen end to end and then again and much more beauty will be revealed as well as a master plan that sets this music up for future listeners to when they are awakened from their dilettante’s slumber.

Taylor Ho Bynum (b. 1975) is a composer, cornet player, bandleader and interdisciplinary collaborator. Critics have called him “a singular and thrilling artist” (All About Jazz), “a major force on the outward-bound side of the jazz continuum” (The Boston Globe) and “a provocateur in the guise of a consensus builder” (The New York Times). Bynum currently leads his Sextet and 7-tette, and works with many collective ensembles including a duo with drummer Tomas Fujiwara, the improv trio Book of Three, the UK/US collaborative Convergence Quartet, the dance/music interdisciplinary ensemble Quartet Collective, and the trans-idiomatic little big band Positive Catastrophe.

His endeavors include his Acoustic Bicycle Tours (where he travels to concerts solely by bike across expansive regions like New England or the West Coast) and his stewardship of artist-driven non-profit organizations like Anthony Braxton’s Tri-Centric Foundation. Bynum’s ongoing association with Braxton is recognized as one of the most fruitful partnerships of that iconic composer’s career, and his work with Bill Dixon produced some of the departed trumpet innovator’s late masterpieces. He has collaborated with other legendary figures including Cecil Taylor and Wadada Leo Smith and performs with many forward-thinking peers, and has toured throughout North and South America, Europe, and Asia. Recent awards include a 2013 Performing Arts Grant from Creative Capital and a 2013 Artist Fellowship in Music Composition from the Connecticut Office of the Arts.