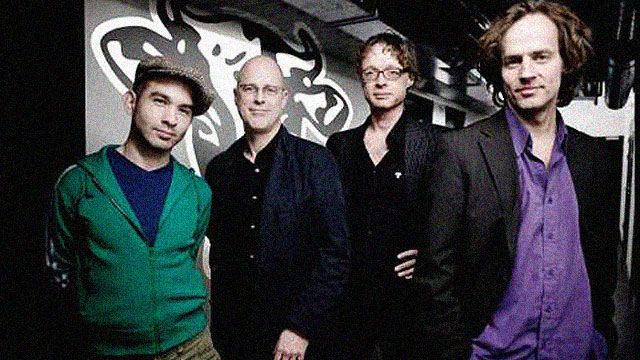 If there is anything better than the off-the-wall humour of the video promo that preceded this Talking Cows album, it is the actual album itself. Yet much more than the humour of it all is the spectacular seriousness of the music. Deadly serious—and for those familiar with the high standards of music (and humour) in the Netherlands itself—this album will surely rate as one of the finest to come out of that country… no matter what the category! How can a mere quartet from a largely agricultural country make such music; have such a larger than life sound and—so-called jazz and not-so-called BAM notwithstanding—give it back to America in the most contemporary manner of music has to do with that very agricultural country itself. Hosting one of the best jazz festivals—the North Sea Jazz Festival at the Hague and more than supporting live music, learning from the masters of African-American music about their history as it were the history of the world’s musical art… These and several others are the reasons for the magnificent, memorable music on Almost Human. 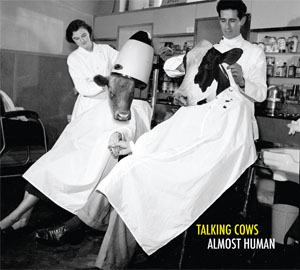 It is evident that Talking Cows have heard, studied and learned from their Thelonious Monk and their Charles Mingus well. The remarkable angularity of the music, and the racing ahead; then slowing of the music, as well as its abrupt changes in not just tempo, but actual time are only two of the reasons why these musicians might easily be mistaken for hard-nosed boppers. The geometry of their compositions, such as “Hurdles in Three,” “Stroll for Gonso” and “Dinner is Served” is an endless stream of long and short lines, spectacular curves, parabolas, acute and often obtuse angles mixed in with sharp elevations. There is also a softness to the lines that is reminiscent of Ben Webster and it is often easy to imagine that melodies have been conceived using a French curve instead of a set square.

Often the melodies seem to be inspired by Lester Bowie, who was, himself, inspired by Monk, but introduced structured humour into music almost like the great Romanian playwright, Eugene Ionesco did in his theatre of the absurd. “Most Def!” is a superb example of this with its marching drums, bass ostinato, gamboling on the piano and the wild leaps and romps on the tenor saxophone. The taut energy of “Hang Glider” made more unforgettable by the arco-and-pizzicato playing of bassist Dion Nijland and the chattering and grumbling of Yonga Sun’s drums. There is a sense that the forces behind the ensemble are tenor saxophonist Frans Vermeerssen and pianist Robert Vermeulen. However, none of what the group accomplishes—full-blooded compositions complete with visual suggestions and tactile drama—would have been possible with the participation of all the players. This may be the genius of the composers who, like Duke Ellington, wrote for the instrumentalists in his ensemble. This is one of the finest in any kind of idiom from any place that this music is both played and enjoyed.

Tracks: Hurdles in Three; A Serious Lack of Humour; A Stroll for Gonso; Dinner is Served; Not Yet; Most Def!; Hang Glider; Mooing Around; Two Guys and Beer; Hop On, Hop Off.

Talking Cows on the Web: www.talkingcows.nl/site/