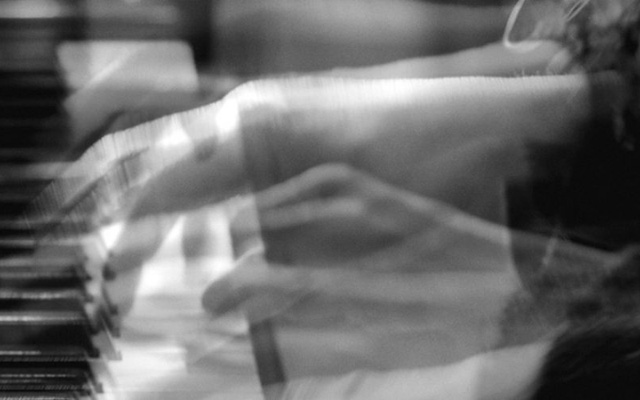 Every time you think that Sylvie Courvoisier could not possibly top what she did last, she does just that and D’Agala is the latest example. Its nine pieces display Miss Courvoisier’s innate ability to convey – with memorable eloquence – dramatic sketches and narratives, a skill honed through the composition of scores of works for piano. This she has played alone and in numerous configurations, including with this remarkable trio which Kevin Whitehead, in his booklet notes, likens to the short-lived one led by the mythical Herbie Nichols. Rightfully so not only for the reasons the writer mentions, but more so because no pianist since Mr. Nichols writes bass line melodies like Sylvie Courvoisier.

Probably because of this, seldom does a piano, bass and drum programme such as this hang together so perfectly, each successive work tightening the ratchet of intensity towards a pertinently contemporary knot in celebration of music in its purest terms. It helps that all three performers are at the top of their communicative powers. Individually and together Miss Courvoisier, bassist Drew Gress and drummer Kenny Wollesen make light work of Miss Courvoisier’s technical challenges, producing a tight and sweet unity of purpose, aided by a close recorded balance by Ryan Streber. 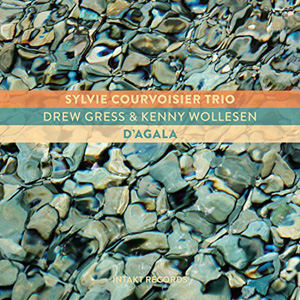 Miss Courvoisier has the happy knack of providing just enough pianistic instigation for Mr. Gress and Mr. Wollesen to react, sometimes as if poked sharply, but always with the full range of their virtuosity and emotion.

The music comprises of vivid storylines that portray real-life characters with dynamic lines and fleshed out in vivid tone-colours. The opening “Imprint Double” is a tautly driven span, by turns gritty, rapturously lyrical, sparkling and luscious (think of the melting modulations in Herbie Nichols’ “Amoeba’s Dance”) with a dark ruminative development that grows so naturally and dramatically that one wishes it were even longer. In “Éclats for Ornette” Kenny Wollesen makes the most the pianist’s ‘bell’ clangorous effects with intense percussion colouring while Mr. Gress carves the air with metrically challenging lines, both romping home with breathless élan.

And on and on it goes, from one hypnotic piece to the next. While the exquisite filigree textures of music such as “Imprint Double and “Fly Whist” have the listener leaping up in terpsichorean delight, other pieces are wistfully elegiac and somehow seem suspended in time. For instance, the two works dedicated to the fallen artists of 2017, Geri Allen and John Abercrombie, are harrowingly vivid and each is sufficient to provoke outrage and intense sorrow. Piano, bass and drums play as if in suspended animation together traverse a huge emotional range reaching the bleakest extremities of human sadness.

It takes every iota of their immense interpretative powers to steer us through these moments of visceral excitement and profound reflection. For these reasons – as well as for the sheer ingenious musicianship on the part not just of Sylvie Courvoisier, but Drew Gress and Kenny Wollesen too, this important release cannot be recommended too highly.