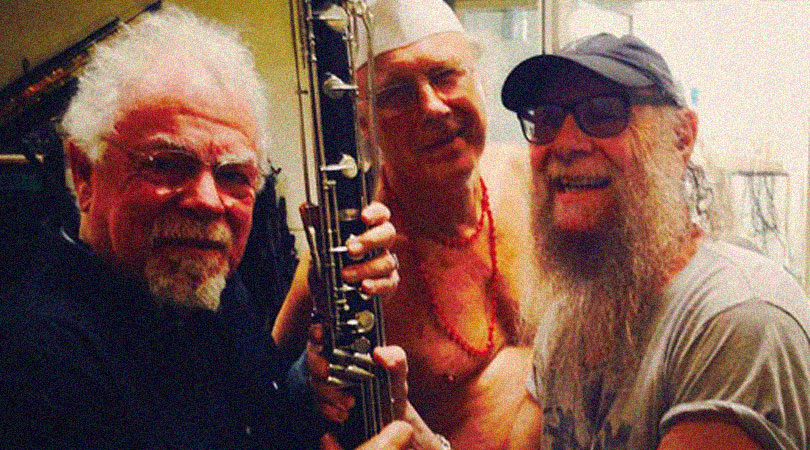 The album, Again & Again is a re-release of a timeless recording that Bengt Berger had originally put out in 1975. The players were all at interesting points in their careers. The extraordinary percussion colourist, Bengt Berger was on his way to Ghana, Africa from South India, where he was studying Carnatic music. Multi-instrumentalist Christer Bothén was en route from Mali to Morocco. Their paths crossed and fortuitously so because there was no telling that when anyone crossed paths with Bengt Berger, wonderful recordings would happen. Here too sparks flew and seminal music was made. This music predates much of the later American experiments with the Gnawas of Essaouria and Marrakesh; it is born of the same seduction that drew trumpeter Don Cherry into a beguiling musical web. But this is also far from the mash-up that many musicians were wont to be a part of because suddenly Africa was the new musical Mecca. 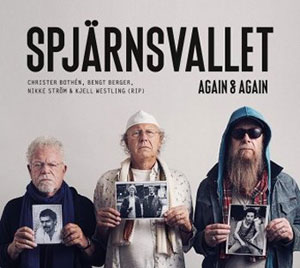 “Spjärnsvallet” the “fångster svälla” which roughly translates as “catches…swell” seeming to suggest a dream-catcher on tidal wave of some sort; music perhaps—which also captures the essence of the recording that finds the musicians casting a proverbial net within their respective souls to find what might be caught in these formless voids. The music also comes across as the end-result of a tempestuous journeys sand-blasted by ferocious winds of the art of sound of which was captured by monumental polyrhythms dancing in and out of a kind of harmonic web spun by bass clarinets and flutes; piano and donso n’goni, ballani and mridangam and calabash. The music wakes up a whole civilization that gave up a Human Diaspora; that has since dissipated across continents. Once again, the visionary truth of Cheikh Anta Diop’s thesis seems to be more than broadly hinted at here. Africa is indeed the cradle of human civilization. This music is more than a direct result of that suggestion.

Christer Bothén and Bengt Berger are prime movers of this ensemble and here their melodic and harmonic machine makes music as if it were hand-spun gossamer. This, in the hands of Bengt Berger’s subtle rhythmic palette becomes a bewitching, molten mix of otherworldly sounds that—were they uttered by the human voice—might have come from the bottom of the stomach; indeed even from the bottom of the feet. The music is played with conviction and an expressive quality that comes as a result of the musicians being fired up by a certain ebullience and that seemingly boundless melodic joy finds a wonderful companion in the percussion that is hypnotic and unforgettable. “Djinna Mossouw,” which is inspired by the trance music of the Gnawas is a case in point; a piece of profound beauty and is also filled with elegance and feeling.

The dynamic tension of the music is carried over onto another trance piece, “Mali Donso N’Goni,” reminiscent of the late-period of Don Cherry, a time in the trumpeter’s career that Bengt Berger shared with him to produce that seminal and exquisite record, Bitter Funeral Beer. The astonishing leaps of the horns are egged on by the fabulous chromaticism of piano and n’goni. And yet none of the music can prepare the listener for the breathtaking music of “Again,” which features the timeless ingenuity of the late Kjell Westling. This is clearly not an album to tire of; its reappearance almost forty years after its initial release helps suggest this in a very poignant way.

Spjärnsvallet was formed when Berger, who had studied music in India (and was on his way to Ghana), met Bothén who had learned in Mali (and was on his way to Morocco) for a long collaboration with Don Cherry starting 1973 in New York where INNOCENCE is recorded. This was the starting point for the group with Nikke Ström and Kjell Westling. In 1975 we recorded the minor classic album Spjärnsvallet together. Some material that was not released then or was shortened to fit the LP format makes up the rest of this album plus a recording the three of us did just now: AGAIN – in remembrance of deceased multi instrument genius Kjell Westling, where we improvise around a couple of the tunes we used to play 40 years back.