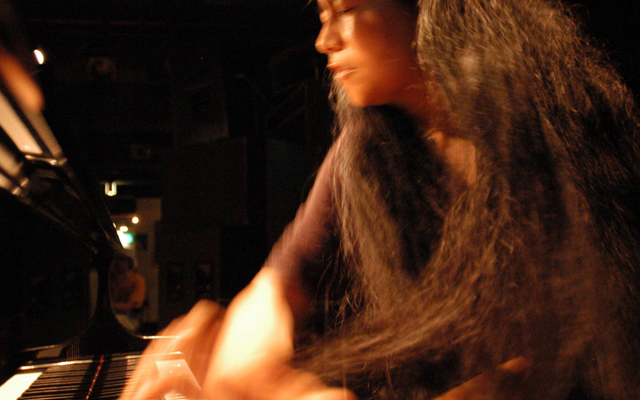 While she has never had the equivalent of a “bad hair day” with seven recordings (and counting…) and in her mystical 60th year Satoko Fujii seems to have ascended a rarefied realm in the universe of improvised music, playing in the vanguard of the domain of the piano and upping the ante on almost anything she first hears; then sets down on record. Miss Fujii has committed to producing music to fill a record every month of the year but she has done more than occupy the silence with sound.

She ever has explored the corners of artistic endeavor that no one even knew existed and/or explored. At times it felt like being suspended by threads of gossamer; held up by the extraordinary tensile strength that only a woman of enormous substance could spin. Extraordinarily, like Martha Argerich in the realm of classical music, Miss Fujii has displayed a childlike sense of wonder in her approach to her art which, in turn, seems to have egged her on to newer and undiscovered approaches to music daunted by challenge, unafraid of failure, and she has remained unchanged by the success that has ensued.

Her ability to play on the keyboard and inside the brass frame of this majestic instrument by manipulating, stroking and caressing, and often going to war with the taut strings stretched across the guts of the instrument. The result has been the melodic (and dissonant) sound and fury of human endeavor, ever striving towards the proverbial Holy Grail of art, which moves further each time Miss Fujii gets nearer, thereby egging her to move ever onward. With erudition that comes from every experience that has ever courses through her veins.

On these three discs she has forced the magical, melodic sap through her fingers and out onto the concert grand enriching our lives at every turn, once again with her husband and regular co-conspirator, trumpeter Natsuki Tamura. On two other discs Miss Fujii embarks on epic journeys with new-found maverick fellow musical partner Joe Fonda while also drawing soprano saxophonist Gianni Mimmo and later, drummer Takashi Itani in her musical slipstream. 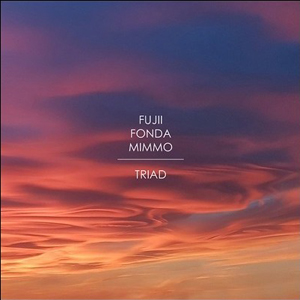 Fujii | Fonda | Mimmo: Triad The music of Triad for piano and a small ensemble including contrabass, flute and soprano saxophone is a profound excursion for the musicians and also for the wind instruments. It features Miss Fujii in an incantatory style at its simplest and most persuasive. Though it is rather freewheeling in material and effect than perhaps some of her other reductionist work, the influence of wild runs and vaulting arpeggios is often punctuated by one-note impressions and long-held drones in the undulant melodies played with arco bass and/or airy saxophone and flute. This underpinning of the various haunting melodies often returns obsessively to the same pitches. Meditative and static for the most part, Miss Fujii’s hypnotic repetitions gradually flower into melodic lines of ever-greater complexity than before and with characteristic gestures from Joe Fonda and Gianni Mimmo, the works fructify attaining a level of beauty that is beyond the limits of anything written or improvised. 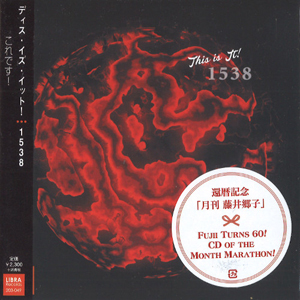 This is It: 1538 Both the name of this trio and the title of the disc in question 1538 the point at which iron melts creates both a sense of heat and urgency in this music on this, another (June, 2018) disc celebrating the 60th birthday of the inimitable Satoko Fujii. This music is particularly well suited to Miss Fujii’s style, given the range of different tone colours she is able to produce in each of the six works (that sound as if they are a series of declaratives and/or appropriate commands issues to self). The result is music from Miss Fujii’s piano, Natsuki Tamura’s irreverent trumpet and Takashi Itani’s percussion colouring. Together they are able to produce different effects, glissandos, pizzicatos, harmonics, and the ease with which the can play microtones (especially in the case of Miss Fujii’s dyad-like fisting and Mr Tamura’s tabbing yelps), the tiny pitch divisions which are such an important ingredient of Miss Fujii’s recent music. Arguably the finest record of the three it encapsulates her style at its richest and most cogent (Mr Tamura offers a clue in his short booklet note). As in all of her 60th Birthday works, the music is of the utmost simplicity, yet the works produce an effect of extraordinary voluptuousness, as simple tonal chords drift in and out of focus, while the soloists describe a slow and wayward ascent, climbing higher by infinitesimal degrees over the course of the recorded works. 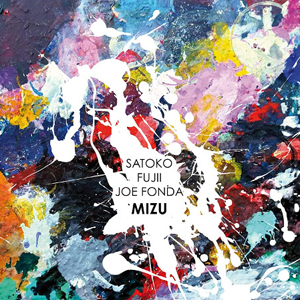 Satoko Fujii | Joe Fonda: Mizu The two pieces which culminate in the disc’s title piece, “Mizu” show how, by the age of sixty, Miss Fujii has absorbed all of the lessons of – both of her long and celebrated Japanese tradition, the Jazz tradition – and melded them into a kind of singular modernism which is already some way removed from all of the musical norms of the past and the present. Ably partnered once again by Joe Fonda on contrabass, the music is breathtaking throughout beginning with the volatile nature of “Rik Bevernage” and the serene nature of “Long Journey” form something of a contrasting pair of songs that explode into “Mizu”. On all of the three songs each individual string of the piano, struck by hammer and felt as well as each individual string of Mr Fonda’s contrabass, caressed by bow or plucked by finger coalesces into one enormous instrument not simply capable, but indeed, producing the effects of quasi-orchestral richness unparalleled in this kind of duo repertoire. Both musicians make an eloquent case for these strange creations. The result is a disc to absolutely die for…