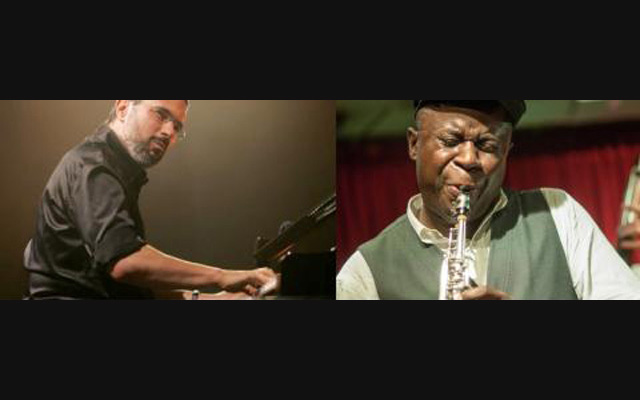 To most musicians performing solo is lonely and, because of that fact, often horribly scary. It probably gets a lot worse when the musician in question is playing from memory – and more defiantly – improvising as well. The absence of the proverbial ‘safety net’ is not the only problem here; the artist solely responsible for ‘living or dying’. But imagine how much more difficult this whole process must be when – not one but – two artists join together to play from memory, improvise and do it all in just one take. And, as that weren’t enough, to go into each duet not knowing what one or the other musician is even going to play. Magic Circle must therefore be the most daring recording project undertaken by soprano saxophonist Sam Newsome and pianist Jean-Michel Pilc.

Listening to this disc is like being at a meditating session, in the middle of a séance ensues. There are several persons present – in fact, omnipresent: Mr Newsome, Mr Pilc and the composer whose music is being played – Duke Ellington, John Coltrane, Thelonious Monk, Joseph Kosma and Jacques Prévert, Johnny Green and Ed Heyman, Sam Newsome and Jean-Michel Pilc… Of course, you are invited; in fact the musicians have asked you to grace the occasion, 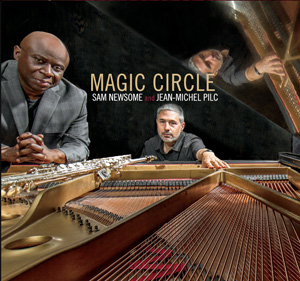 but in a strange way it feels that your presence is extremely intrusive. What’s more – even worse – your eyes are open as you listen to the music and when you look around you realise and everyone else’s is closed. And as each song begins it’s like one psalm of David after another unfolding into your ears.

It’s not just that the music is prayerful; each note and each phrase seems to rise like an entreaty; a supplication rising heavenward and that too not seemingly coming from the respective instruments that Sam Newsome and Jean-Michel Pilc are playing or from the fingers and lips that are manipulating them but from the very guts of the musicians themselves. Intensity is everything throughout. Notes and phrases aren’t simply played they are squeezed out as blood from a tiny pin-prick. To make things more meaningful bodies are held upright or bent and crouched; bodies are thrown forward and back and sideways. Breathing seems to come not just from lungs and nostrils, or mouth and lips, but through the skin of the entire body; time after time, song after song.

And it is because of this that you hear the “Autumn Leaves” whispering, tearing up and crying in thin, dry voices as they fall. You sigh with Mr Ellington “In a Sentimental Mood” or weep with Mr Newsome and Mr Pilc. You leap and fly making your own “Giant Steps” inside your head the way John Coltrane once first did and Sam Newsome and Jean-Michel Pilc do here on record. And your dance is as angularly and rhythmically crazy as Thelonious Monk’s, or Mr Newsome’s or Mr Pilc’s is. And you can’t help but beg for more one the echoes of the last notes of “Ask Me Now” have dies down. The music is that good; something to die for…