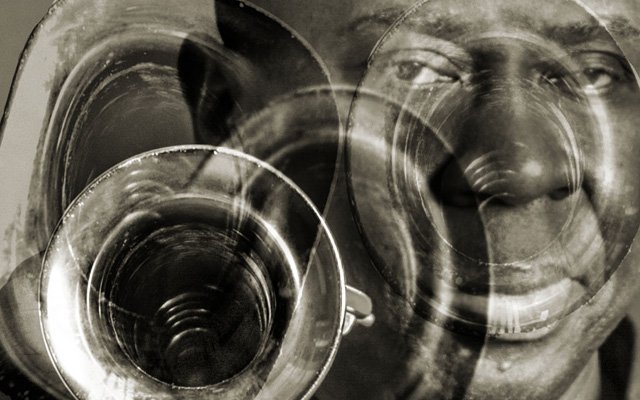 The nod to John Cage – intentional or unintentional – is in the title of this disc by Sam Newsome. Chaos Theory is Mr Newsome’s challenge to the very idea of music, using randomness as a basis for composition, doctoring his instrument to produce new and yet pure sonorities and including the widest array of sounds in these works. It would seem as if Mr Newsome is deliberately attempting to break down the barrier between art and life, or as Mr Cage once said, “not to bring order out of chaos… but simply to wake up to the very life that we’re living.” As a result of this rollicking adventure Mr Newsome helps bring our attention on the wealth of sounds that are not only imbedded, surround and emerge from his straight horn but – because of the preparedness of pipes and reeds of various kinds – also what sound the sucking in the air and expelling it might make and those that may be a result of ‘preparations’ extraenous to but around his saxophone. 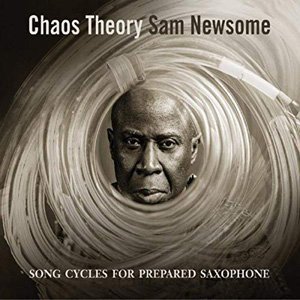 This blurring of, and the separation of conventional, mannered playing, real life and a life of imagination reaches its extreme in this astonishing – and probably notorious – performance of Chaos Theory; the title itself suggesting a sonic adventure of wild randomness and an attempt to capture (if not control) the results into some kind of new hypothesis, which, in the case of this music would probably to sublimate a hypothetical ‘supposition’ in a system of ideas intended to explain the purity of tone texture of the straight horn in an array of musical settings, especially one based on general musical principles (melody, harmony and rhythm) independent of ‘the thing’ – the resulting chaos – which Mr Newsome seeks to explain, (or at best), at least to capture.

Musically the results are quite magical. In his perceived attempt to rid his music of all vestiges of self-expression and focus on the purity of the emerging sound – to introduce a kind of chance as a guiding principle first in the compositional process and then into the performance – Mr Newsome has produced something hypnotic and wondrous. In components of this song cycle such as “Boiler Room Aesthetics” as well as in the Chaos Theory series such as, for example “Chaos Theory No. 3 – Entrapment”, Mr Newsome is able to exploit a breathtaking array of sonorities, some bright and bell-like, others more delicate and subdued, and still others droll and melancholic and even violent. Harmonic and rhythmic patterns recur, producing an incantatory and hypnotic quality close to that of the gamelan or the percussion orchestras of Java and Bali, and the drone of the tanpura in the performance of an Indian raga.

Chaos Theory is a riveting song cycle made by a restless, highly imaginative, peripatetic musician. It extends not only the sound palette of the soprano saxophone, but redraws the whole cultural topography of the straight horn in the realm of improvised music altogether. It is a disc to die for…