Home Music Rotem Sivan: For Emotional Use Only 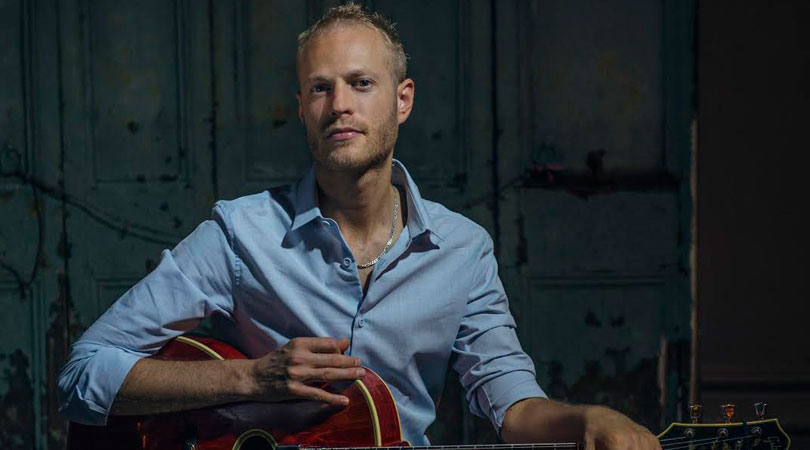 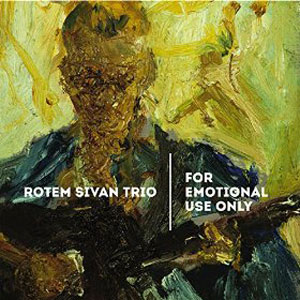 Every once in a while there comes a musician who is so breathtaking in his technique and expression that the word “ingenious” not only comes to mind, but escapes the lips as well. As if that were not enough this trio recording For Emotional Use Only boasts not one, but three such musicians: guitarist Rotem Sivan, bassist Haggai Cohen and drummer Mark McLean. And as if that were not enough, the recording is packed from beginning-to-end with music so extraordinarily planned and executed that the expectation of many accolades is not so much an expectation after all, but an impending reality. The prime mover of all of this is certainly the Tel Aviv-born New York-based guitarist, Rotem Sivan, whose playing is lyrical not only in a musical, but also in a poetic way. In fact it would not take much to compose literary monologues to his music here. Mr. Sivan surely gets this inadvertently from the generational greats: Wes Montgomery and Joe Pass. Even a cursory listen to the album will show how true he is to the grand masters as well as John Scofield and Pat Metheny. The guitarist makes his recording like no (guitar/trio) recording in a very… very long time. He is consistently inventive and so quick-thinking harmonically that the listener—like someone listening to Charlie Parker or Ornette Coleman—needs all his or her wits about them to keep up.

Mr. Sivan is consistently inventive and melodically appealing and brings constant changes in mood and colour, and a central (piece) “Sefi’s Blues,” richly sustained, followed by a rippling “Useless Landscape” and then to close his programme, the hauntingly beautiful “Blossom”. Irresistible throughout is his playing with burnished rolling notes and chords, like Wes Montgomery and Joe Pass. Only now the singular echo is all in the voice of Mr. Sivan. His notes are fascinating; a selection so unpredictable that the listener will find him or herself letting out a gasp every so often. His touch is light and almost ghostly and the pressure exerted on strings by each hand brings subtle changes in tone and expression that the admiration for his dynamics—virtually unsurpassed by almost any new guitarist playing today—grows by leaps and bounds as the music progresses. Perhaps the ingenuity of his playing eggs on the other musicians on the date.

Haggai Cohen Milo is a name to reckon with already. The bassist is a master not only of time, but also melody. While he never misses a proverbial beat, he is also quick to play a melodic role after the guitarist has stretched out and is now making room for the other two musicians to take over and to continue where he left off. His playing on “Pass it On” is fascinating and invaluable to the melodic continuity of the song. And then there is the Toronto-born musician Mark McLean, a drummer who is another master of time and who plays melodically. Mr. McLean’s playing is touch-sensitive and it is this sensibility that is reminiscent of his mentor, Brian Blade. Mr. McLean is a master of the subtle phrase and there are so many moments on this recording that it is tempting to imagine the drummer as a musician playing pianissimo passages on the music just the way that the composer intended. His phrasing on “Blossom” is just one such example on a disc that listeners ought to rush out and buy.

Rotem Sivan is a well-praised and fascinating voice in the New York jazz scene. Born in Haifa, Israel, Sivan’s early attraction to guitar and jazz started at a very early age. He was exposed and influenced by a variety of music genres including Baroque composers, classic rock, and Middle-Eastern and Indian music. His early influences were Led Zeppelin, J.S. Bach, Jimi Hendrix, Pat Metheny, Leonard Cohen, John Schofield, Erik Satie, W.A. Mozart, Bill Evans, Ahmad Jamal and Brad Mehldau. Sivan is a graduate of Tel-Aviv University Music Academy, where he completed his B.A. with honors in Classical Composition. In 2008, Sivan moved to New York City and continued his music education at The New School earning his B.F.A degree in Jazz and Contemporary Music, with honors. Read more…