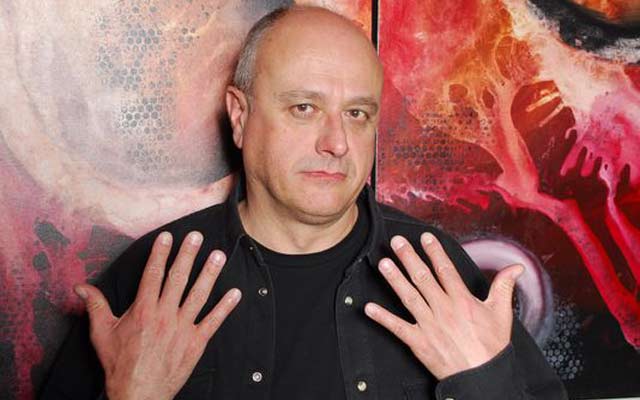 A distinctive CD featuring the late Herb Geller garnered positive attention for the Italian-born pianist Roberto Magris, whose follow-up release Enigmatix is an equally stimulating programme though of a very different kind. Here Mr. Magris presents a more funky side to his playing, entertaining myriad aspects of electrified, or to put it more appropriately, less conventional instrumentation and arrangements as well as a more populist repertoire – all of which are rays of sunlight to the metaphorical mirror that is featured on the cover of the package. The refracted and irregularly tiled imagery suggests a more adventurous Roberto Magris, or should I say a pianist who is willing to shake things up a bit more than he would be used to. 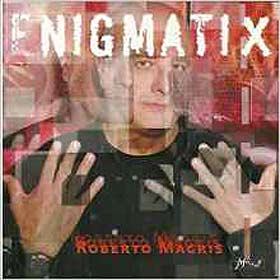 As it happens this is actually the same wonderful Roberto Magris, though. The same programme-builder who’s playing offers much to savour, especially in his own compositions but also in his version of an all but forgotten Stevie Wonder standard and another re-imagined chart form Steely Dan’s repertoire. “Counterparts”, “No Sadness” and “J.F. No Key” achieves a satisfying fusion power, suppleness and breadth. Roberto Magris shapes the relentless octaves of “Enigmatix” with melodic cogency rather than banging them out, finds a wider dynamic and colouristic scope to part 2 of the tune than its stark keyboard-writing might reveal on the printed page, and its contours suggest a deep familiarity with the free associations of melody and harmony, not to mention rhythm.

In terms of the compositions, this disc embodies the composer’s responses to the interplay of acoustic piano with the electric bass and a heavier percussive accompaniment rather than one involving nuanced voices as in piano and reeds and woodwinds, with brass. Here the explorations involve the piano entwined with bass and drums, which is, I suppose, as close as Roberto Magris will ever get to the bass n drum dub as ever. Lest that sound as if Roberto Magris is no experimenter, perish the thought. His early work with Europlane and other ensembles and big bands did involve stretching things to the limit as did his two seminal tributes to Lee Morgan. But this is after all a bold new Roberto Magris. Listen to the lyrical beauty of “No Sadness” performed beautifully, I might add, by Monique Danielle.

One might imagine more delicacy and lightness in Stevie Wonder’s “Ma Cherie Amour” or less cautious arpeggios in Steely Dan’s “Do It Again”, yet the characterful energy Roberto Magris brings to his own compositions compensate. Here is another record in which Roberto Magris’ thoughtful brand of virtuosity is more pleasingly conveyed by the recorded sound. All of the music is rendered with telling sensuous reserve. In all this is yet another attractive and well-recorded programme from a pianist and musician who deserves much wider acclaim than is accorded to him.

Born in Trieste (Italy) in 1959 Roberto Magris began his jazz career in the late ‘70s. Since then Mr. Magris has recorded 26 albums with his own groups and has played concerts in 41 different countries in Europe, America, Asia, Africa and Australia, also performing at several top jazz festivals and jazz clubs in the world, including “Catalina Jazz Club” in Hollywood, “The Blue Room” in Kansas City, “The Jazz Bakery” in Los Angeles… Read more…