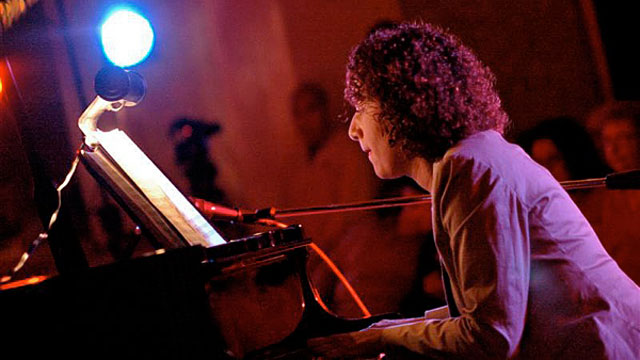 Upon reflection, I think this is of the greatest discs of Roberta Piket’s relatively young career. It contains eight of her finest interpretations and one of her own compositions. And every one—and I mean every single one—Ms. Piket plays offers a benchmark or a version to stand with the best. To wit: “Con Alma” compares with Gonzalo Rubalcaba’s famous one played on his album Fé: Faith in the majestic unfolding of its theme, with scarcely a hesitation of whispering emotion of her right hand played against the glorious tumbling in the descent of her left hand. One can listen to Ms. Piket’s “Saying Goodbye” with as much of a tear and a romantic point-counter-point feeling as with anything that Denny Zeitlin might do with one of his own vaunted interpretations of a ballad. And Ms. Piket’s “All The Things You Are” is as thrilling as anyone including Bill Evans might have played it. 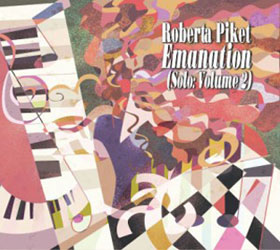 “Ba Lue Bolivar Ba Lues”, among the most challenging of all Thelonious Monk’s angular compositions is a miracle of poetry, heady bravura and clear structural command. It can frequently seem like being punched in the head with its succession of martellato double- and triple-forte passages and with pianists putting the brakes on whenever a particularly nasty bend comes in view. But that too is similar to a call to action for Ms. Piket uses these sections simply as asides and punctuation that Mr. Monk intended. Oh – and it is quite gripplingly exciting undertaking this journey with her as we discover the twists and turns of a Monk piece. Roberta Piket ends this disc with her own fantasy on a theme by Chopin, another thing of absolute beauty.

If you want to be introduced to Roberta Piket playing piano in solitary splendour, then this is the disc to put on. Never has the mind of the musician been sharper. Never has she carved the air with her right hand as she creates lines in dramatic little arcs and playful parabolas. Never has her left hand dazzled with such a choice of chord changes. Perhaps it pays to draw attention here to her musical imagination; to creating such music as to highlight the magic of the pieces rather than to her own genius. Throughout the programme Ms. Piket’s sensitive, nuanced, technically assured interpretations—“All The Things You Are” jumps immediately to mind—ought to also generate interest among pianists seeking out unusual, effective and accessible short pieces. Also, “Emanation” the disc’s centrepiece and most substantial piece is the multi-thematic work for piano and is easily the most memorable of all.

In addition the finely tuned grand piano, beautifully recorded at Systems 2 studio, is a lively, powerful and velvet-toned instrument from which Ms. Piket draws the most sumptuous sounds. Ritchie Beirach’s liner notes match the quality of the playing. This is an exceptional release.

The daughter of a European composer and a Great American Songbook singer, native New Yorker Roberta Piket is a pianist who loves to swing while exploring the more adventurous harmonic possibilities of jazz and improvised music. Roberta’s father was the Austrian composer Frederick Piket, whose works were performed by the New York Philharmonic under famed conductor Dimtri Metropolis. (The elder Piket, who passed away when Roberta was eight, is also renowned for his significant contribution to the musical liturgy of reform Judaism.) From her mother, Cynthia, Roberta learned by ear the tunes of Porter, Gershwin, Kern, Rodgers, and Berlin (as well as accompanying lyrics). Read more…