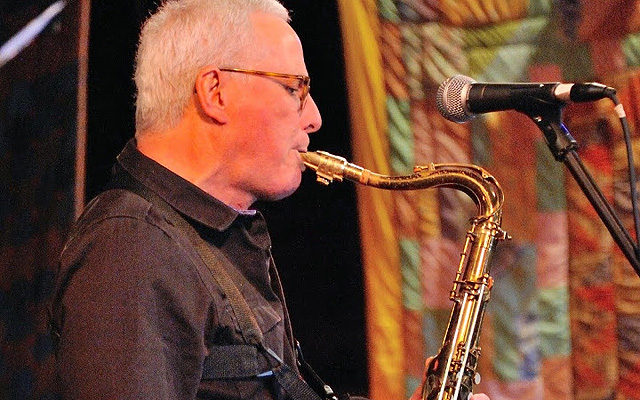 Although mostly tucked away in the northwest corner of the United States, the ceaselessly improvising musician Rich Halley hasn’t exactly been ploughing a lonely furrow. He has been extremely active as a recording and performing artist. More importantly, the tenor saxophonist with a deep gravitas and tone like expensive raw silk has also been worshipping at the altar of originality. But by his own admission he has flipped the script, so to speak, after twenty recordings of original compositions and turned his attention to the body of Jazz music that has come to be part of what he – and most of us – would call The Literature. The title itself is loaded with meaning for the passionate man of music such as Mr Halley and is a profound dedication to what are some of the important works in the canon of American music. 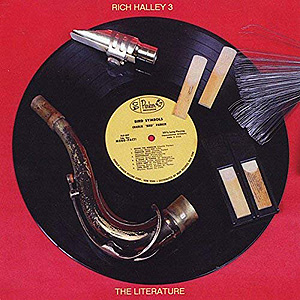 As an improvising musician, Mr Halley is closer to “Jazz”, but to the uniquely African-American idiom is deeply rooted in The Blues, but is inextricably linked to other American folkloric traditions such as bluegrass and also country and western idioms – the latter influence is something many so-called “hardcore Jazz” aficionados and other like-minded refusniks might find hard to stomach, but musicians from the great Louis Armstrong to Ray Charles and more thought – and told us – otherwise. In fact, in a somewhat backhanded compliment of acknowledgement (call it what you will) to the term “folk music” Louis Armstrong once said “All music is folk music, I ain’t never heard no horse sing.” And so back, however, to Mr Halley and his reverential homage to all music via its literature that so many have either little to no knowledge of or choose to ignore.

This is an important record and a touchstone for some of the finest tenor saxophone playing since Sonny Rollins recorded his iconic album Way Out West where he did something not unlike what Mr Halley is doing here: doff the proverbial hat in the direction of American music of every important colour. Mr Halley is, as usual, at the top of his game. His tone is full-throated, grizzled and dripping honey as if through a filter of – as mentioned above – “raw silk”. Notes and phrases are pure and come from a place between guts and feet, which is apparently where all music that has any meaning is supposed to come from. Passion is key and each melody is loaded with this in spades. This requires that a musician of uncommon skill, daring and vision address each of the demands of these immortal melodies.

This music also absolutely demands invention. Mr Halley has all of these qualities and more and here he gives a torrential performance that isn’t likely to be bettered – at least on the tenor saxophone- for a long time to come. Each work is approached with reverence and is played with passionate (but never bombastic) brilliance. He is accompanied here by two of his regular musical alter-egos – bassist Clyde Reed, who brings his own kind of uncommon gravity to this recording, and drummer Carson Halley (no one knows the father better than the son). The only complaint (if one can call it that) is the mysterious absence of anything that Charlie Parker wrote. After all, can one really imagine a recording that pays homage to “the literature” of American music played in a patented the African-American style without a single song by the greatest improvising saxophonist and the one who revolutionised it all: Bird…?