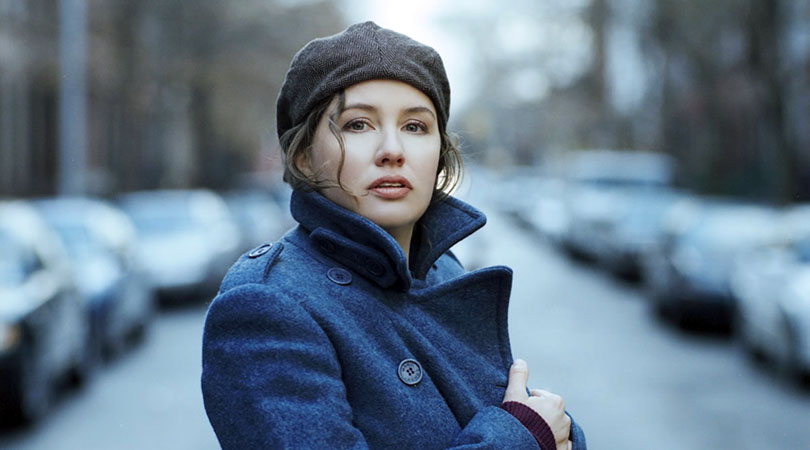 Rebecca Martin may not have the kind of majestic contralto that the great Abbey Lincoln was blest with; she may not sound like the cumulonimbus sprite that Joni Mitchell does, or did, but she is every bit as impossible to resist. In fact Ms. Martin is every bit the poet and musician as both Ms. Lincoln and Ms. Mitchell are and she will always be one as this fine record Twain shows. The music here goes to the heart and soul of human feelings and emotions. But it is one thing to write this kind of material, exposing grief and choking back tears; see-sawing between the ecstasy of pain and joy. For Ms. Martin sings of a feeling that is extremely hard to express. The pain felt in the nerves is a curious thing indeed. Its intensity is great and crushing; much greater than the physical aspect of that feeling. It has been exquisitely captured by The Scream, a fine painting by Edvard Munch, and in the poetry of Federico Garcia Lorca. It is what Mr. Garcia Lorca called duende, or what in the Flamenco may be experienced and sung or written about as an ecstatic feeling in the soul. In a sense Rebecca Martin may be of a school unto herself; the closest she might come to Americana would be such as the works of Sylvia Plath, Robert Lowell, Anne Sexton, John Berryman, W. D. Snodgrass and Allen Ginsburg. Twain is Ms. Martin’s Ariel; her Heart’s Needle, her Dream Songs. 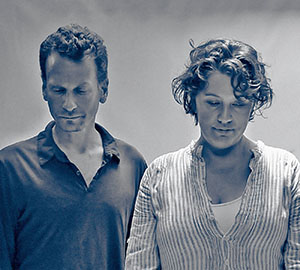 Ms. Martin sings of hearts and minds entwined once as in “To Up And Go”; of bodies parting from the warmth of each other in the morning as in “God Is In The Details” and of the entranced state of being in “Beholden.” Her understanding of that which sometimes unmentionable is as magical as the feeling itself. Few artists have been able to capture those emotions—perhaps only Ms. Lincoln and Ms. Mitchell—in the sound and fury of song and silence. Like those two artists Rebecca Martin re-creates the emotion in the spare and concrete imagery of her poems, which become the lyrics of her songs. Words become part of the image; and images become the phrases in her singular lexicon of music. These are sung as if they are breaths that come from somewhere much deeper than the bottom of her lungs; indeed they leap from the very bottom of her soul. Her lines are elliptical; these carve the air in great arcs ignited by the white heat of the emotions they carry with them. A memorable example of this is her take on “Sophisticated Lady.” In “On The Rooftop” she does something similar; this time both the lyric and the emotions are her own.

Many musicians write words to the songs they sing, but few of these stand up to the rigorous demands of concrete imagery in poetry. Rebecca Martin’s words do, however, and even more surprising, they might even stand alone. In “On a Rooftop” there is a powerful image of unspeakable sadness; that image of spiritual helplessness; an image as stark as the Marian one. She writes and sings thus: “Last night behind forlorn walls/In the silence I saw it all/Sharpened knives for bleeding hearts.” The stark beauty of this is as breathtaking as it is heart-breaking. In “In The Early Winter Trees” there is a lyric that emboldens an image that is equally exquisite, but more urgent and desperate: “All of those you’ll leave behind and/Some of whom are flesh and bone/Will only know what open space was/From a picture book of long ago”. It bears mention also that Ms. Martin sings not only of the microscopic emotions of the heart; but her images in some of her lyrics show her to be quite erudite in that helpless manner of someone who is socially aware, yet somehow powerless to make a change alone. Here is a fine example: “Ignorant is the human heart/Consumed by the thought/It doesn’t have enough”.

Although the words themselves are sharp as arrows piercing the heart, they are made more poignant by the wailing slide of Ms. Martin’s fingers along the strings stretched taut along the fret-board of her guitar. The wry beauty of her is of the same anguished beauty that characterised the best and most beautiful sardonic playing by Miles Davis. It is hoped then that Rebecca Martin does more with the guitar than she does on Twain; something she leaves to her bassist and soul-mate, Larry Grenadier, who is the other magnificent voice on the record. Mr. Grenadier is one of the finest listeners to have picked up the bass, which he then makes sing as he “responds” to the beauty of his wife’s voice and her singing. Drummer Dan Rieser and pianist and producer Pete Rende are terrific listeners as well. They too do much to enhance the beauty of this record. Ultimately, however, Twain is Rebecca Martin’s record. She must be justifiably proud of the music here for she has informed and inhabited her art with absolute and uncompromising beauty.

Track Listing: To Up And Go; Beyond The Hillside; Some Other Place, Some Other Time; Sophisticated Lady; On A Rooftop; In The Early Winter Trees; Don’t Mean A Thing At All; God Is In The Details; Safe This Time; Beholden; Oh Well; A Place In The Country; Honestly.

Rebecca Martin on the web: rebeccamartin.com