Ran Blake’s genius occupies the bluest part of music’s flame. There are often no words to describe the greatness of his elusive virtuosity and the grace and power of his compositions. Both seem to me to mark the furthest limits yet attained by human art and imagination. His performances are informed with equal parts whimsy and fervour and make you fall in love with music all over again. Gunther Schuller likens him to an impressionist; a mood painter, one of the most successful in the business today. How right he is. Listening to his music one can’t help but marvel at the manner in which themes are defined by colours – often a myriad of them; melodies are like brushstrokes and what a wonderful array of brushes he uses. Harmonies and tempos – rhythms – actually are the proverbial blenders of the themes and melodies. Ran Blake, quite simply, has reached the farthest reaches of contemporary music.

More than fifty years ago Ran Blake set down memorable versions of music composed by him as well as other musicians in the vanguard of jazz. The earlies of these recordings were made shortly after he made his first record with Jeanne Lee in 1962. Clearly the intervening years have not diminished his abundant love for and entrancing empathy with this glorious repertoire and this is especially true of his love for the music of the legendary George Russell, one man who influenced two generations – and counting – of musicians across the landscape of contemporary music. Throughout the years Ran Blake, the composer, has called upon a polished technique that embraces hints of more familiar American models ranging from Aaron Copeland at one extreme and Elliott Carter at the other. But the voice is absolutely his own. And his noir world is brimful of energy that emerges from an inner vortex. Nothing in his music or his playing is ever routine, especially in the way the solo instrument is put through its virtuoso paces; the overall effect is both lively and accessible.

As a pianist Ran Blake might also be remembered – unlike his illustrious comrade from the New England Conservatory, George Russell – for his piano playing first. As a pianist then, Mr. Blake has transformed the traditional virtuosity of ‘the new thing’ into a soundscape-defying, picture-painting, story-telling music. His holistic approach to the instrument engendered a sophisticated ‘feel’ beyond anything that could be written down. This can be seen early on in his recorded repertoire. The ESP-Disk’ from 1964, Ran Blake Plays Solo Piano, captures this in the grand manner. Here he uses every weapon in his pianist armory to create his grand musical landscapes. Tone clusters and block chords de-construct melody and harmony. Rhythmic invention is subtle and graceful. But Ran Blake is also a symphonic composer. His re-imaginations of George Russell’s music on the 2015 disc, Ran Blake Ghost Tones – Portraits of George Russell show him to be a symphonic composer. Exquisite masterpiece miniatures nestle cheek-by-jowl with solo piano pieces. Both show an evocative imagination and a sense of exquisite self-investigation.

From the earliest points in his career, Ran Blake offered playing of an astonishing fleetness and patrician beauty. Here, aristocratic understatement, backed by a phenomenal aural sensitivity and dexterity replaces many contemporaries’ more heaven-storming, robust rhetoric. Mr. Blake creates his own distinctive ambience and, like a river in full spate, sweeps all before him. Here, with a vengeance, are reminders that pianists – even of his generation – often chose tempi faster than their successors, a quality dictated by musical taste but also by the lighter instruments they might have played. On this disk, “Stratusphunk” is an extraordinary performance, full of feline virtuosity. It is recognisable in the core of its melodic being, but in the hands of Ran Blake it becomes into something new; something wholly his (Ran Blake’s) own. The same is true for Ornette Coleman’s “Lonely Woman”. This latter composition is a reminder of how brilliant in its statuesque beauty Ran Blake’s music is. 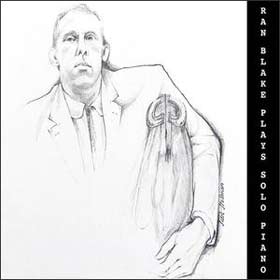 The other works here, especially Ran Blake’s own compositions roar their passions to the heavens and achieve a darker drama and heft as once again The pianist is at the centre of a vortex, and in my own estimation has little to do with hours spent in the practice room but rather with an innate musical and technical talent and perception. I know of no other pianist and musician blessed with these graces except perhaps Cecil Taylor. Listen especially to ‘Lonely Woman” now and you will hear a special pleading underlining the music, a pace and urgency that suggests ‘time’s winged chariot hurrying near. All lovers of an entirely individual pianist genius will have to have this and, once again, Michael D. Anderson’s restoration is exemplary.

George Russell was one of the great innovators in jazz. He gave shape and form to the idiom as it coursed through the decades. His innovation, The Lydian Chromatic Concept of Tonal Organisation (1953) is said to be the last great revolution in Jazz. It was highly spoken of and followed by such luminaries as Miles Davis and John Coltrane. But more than this endeavour, Mr. Russell was a fine musician and founded several great bands, peopled by exceptional musicians such as Eric Dolphy, Sheila Jordan and others. On Ghost Tones – Portraits of George Russell Ran Blake argues that he (Mr. Russell) was among the most enduring musicians of our time. On this disc, Mr. Blake surveys the highlights of George Russell’s oeuvre. Here the pianist invests his intellectual and artistic energies in an eighteen-track odyssey that includes the iconic “You Are My Sunshine”, made famous in 1962 by Mr. Russell’s inspired use of Sheila Jordan to sing the lyric. 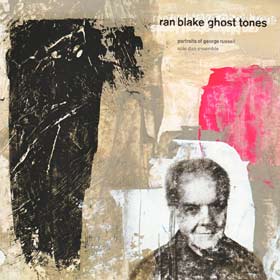 As much as this is a George Russell retrospective, it is Ran Blake’s record first and foremost. The endless wit, variation and elegance of the pianist may be specially seen in “Autumn in New York”, “Alice Norbury” and most especially in “Vertical Form VI”. Throughout these tracks and elsewhere as well, Ran Blake’s playing yields compelling variety and prismatic possibilities in majestic doses. Much of the drama in this music comes after the note is played, with the decay and the play of overtones giving it a haunting inwardness. By Letting the instrument ring, slowing the pace down just a tad, Mr. Blake harks back to the music’s origins in the piano repertoire, which yields a stronger, more private account of these deeply –felt pieces. Ran Blake’s strength emerges where one wants simplicity, where the music needs to unfold directly and without too much interpretative intrusion. He produces an aristocratic smoothness that is arguably better suited to the composer than the sharp snaps and rhythmic punch of other interpreters.

This is endlessly entertaining and vibrant music. Few musicians passed of still playing deserve the honour of a new, meticulously performed and recorded edition of their music than this recorded palimpsest. And all lovers of music shouldn’t be without this disc either.

In a career that now spans five decades, pianist Ran Blake has created a unique niche in improvised music as an artist and educator. With a characteristic mix of spontaneous solos, modern classical tonalities, the great American blues and gospel traditions, and themes from classic Film Noir, Blake’s singular sound has earned a dedicated following all over the world. His dual musical legacy includes more than 40 albums on some of the world’s finest jazz labels, as well nearly 40 years as a ground-breaking educator at Boston’s New England Conservatory. Read more…