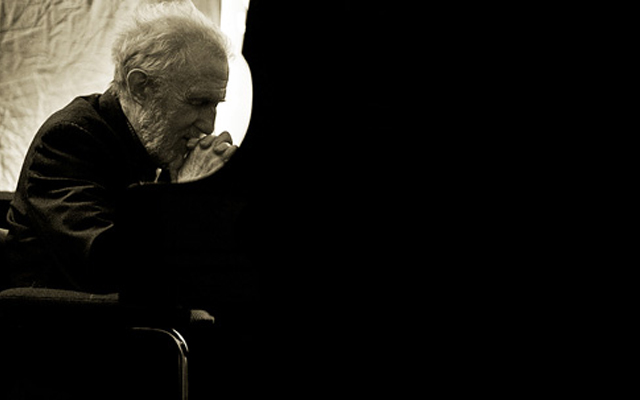 Ran Blake is, quite simply, one of the finest musicians ever to play the piano and this recording, Film Noir from 1980, a collection of songs from enigmatically beautiful films is one of his most triumphant recordings. It features musicians largely drawn from the Third Stream Department of the New England Conservatory of that period, notably the flutist/oboist John Heiss and trumpeter Ted Curson. The music is wonderfully intuitive, darkly articulate and raptly communicative, and its impact is dramatically aural and visual. If this performance is anything to go by, it’s clear that then, even after over a quarter of a century of inventive musicianship, the intervening decades only served to heighten and refine his responses to this achingly personal music. And this is why the re-issue of this recording is so relevant some forty-six years after it was first released. 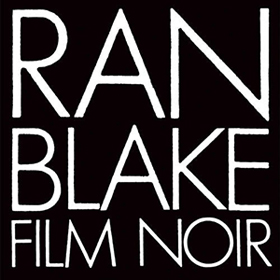 With his immaculate technical address and ravishingly songful, mellow tone, Ran Blake strikes precisely the right balance between classical strength and private introspection, his contribution as full of radiant spontaneity and tumbling fantasy as one could wish. Blake is also blessed in having such a scrupulously attentive group of partners, who procure playing of the very highest quality from their respective instruments. However, while there are standout performances from Paul Meyers, especially on guitar, and ensemble playing from outstanding horns on ‘Touch of Evil’ from Orson Wells’ eminent classic noir film, and on ‘The Pawnbroker’ from the pen of Quincy Jones… despite it all, this is a performance highlighted by Ran Blake’s great playing, his intuitiveness and an ability to get into the skin of the characters in the various narratives, or into the heart of the atmospherics surrounding the piece, when a moody hissing is called for.

Throughout the performance, Ran Blake ideally combines suppleness and purpose leading to quicksilver improvisations that magically eschew any suggestion of hectic flashiness. Whether he is interpreting the sinister darkness of the film in question (and Blake writes explanatory notes to complement the superb ones written by the renowned film critic Andrew Sarris), or the devilish strut of the anti-hero or the villainous character, Blake embraces the music with unexaggerated depth of feeling and the exactitude of expression that is flawless from start to finish. There isn’t a dull moment on the disc. Despite being from different films there is a sense that this is one long soundtrack to listen to with requisite lump-in-throat, edge-of-the-seat poignancy.

There is a shimmering, mystical quality to this music that is curiously evocative, exotic and diabolical in its modal language as Ran Blake plies his art with impeccable resourcefulness and genius. But make no mistake, every aspect of this enterprise reflects enormous credit on involved, not the least Jonathan Horwich of International Phonograph, whose splendid engineering makes the music eerily real. This is inspired music and an unmissable release.