Home Music Rahsaan Barber: The Music in the Night 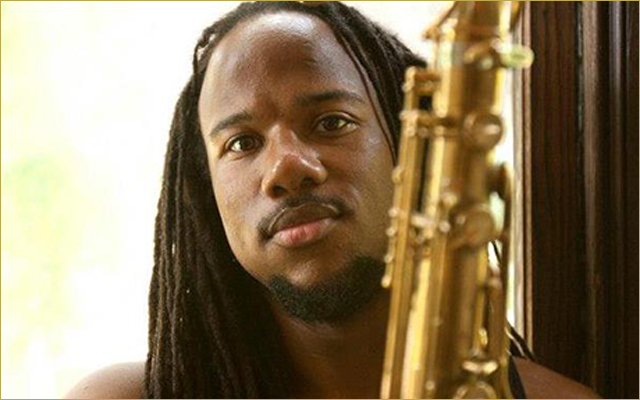 Here’s a Jazz recording that makes you catch your breath. The Music in the Night by Rahsaan Barber is simply glorious. True to the title the crepuscular atmospheric connotations live and breathe in the sophisticated low, velveteen, diaphanous character of the music even in the songs that are somewhat brisker and intended to swing first and then evoke images of sensuous caresses on moist skin glistening with in the beckoning shadows. There’s a very clear reason for this and it has to do with the sound of Rahsaan Barber’s tenor saxophone. His singular voice is born not only of Coleman Hawkins and Ben Webster (whom he credits for ‘sealing the deal’ of his entry into music), but also of other titans – Dexter Gordon, Sonny Rollins and John Coltrane. But to have an idea of just how remarkably he seems to have found a voice of his own amid a pantheon such as that may be had by listening to just a few opening bars of “My Funny Valentine”.

Listening to the sound of Rahsaan Barber is just as remarkable as coming face to face with the elementally fire of molten metal, red-hot and potentially explosive. But far from being a scary prospect, one is drawn inexorably into the bedrock of Mr Barber’s irresistible sound. Even when he switches to soprano saxophone – as he does to accommodate the rich mezzo of Dara Tucker on “Skylark” – Mr Barber is able to form voluptuous notes in a kind of thickening voice, no matter that he is playing an instrument which is given to a much higher natural register. Moreover, the manner in which Mr Barber draws out his notes, 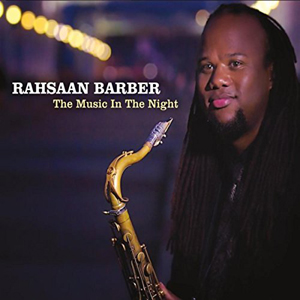 seemingly forming them at the bottom of his feet before they swell and gather momentum in his guts, then his lungs before they are impelled through the proverbial cavernous bell of his tenor saxophone. And it seems that he does this not simply by blowing air, but by sculpting it into utterly compelling music.

For instance Matt Endahl may have written the gorgeous, elegiac piece “The Shadows and The Rain – Interlude I”, but the music would conceivably remained a sprinkling of dots on paper – albeit prettily arranged – but for the exquisite manner in which they were given the proverbial breath of life by Mr Barber’s tenor saxophone. This is not to belittle the piece in any way, or to take away from Mr Endahl’s skills as a composer; on the contrary, the pianist has, indeed written perhaps the prettiest melody on the entire album. The composer is also a fine pianist, sensitive to music in a special way because he is a born melodist. The same may be said of guitarist James DaSilva who makes his appearance in rather genteel circumstances on the second interlude, “Serenading the Moon”, then stays on through the bluesy version of “Georgia on My Mind” made memorable by some viscerally raspy playing by Mr Barber and finally on to “a wonderfully ornamented and reprised version of Antonio Carlos Jobim’s song “The Girl from Ipanema”.

A wonderfully melodic turn by bassist Jack Aylor – throughout the repertoire – and some truly tasteful drumming by another young player, Derrek Phillips completes this remarkable album. Clearly this is a well-oiled group, where each player thinks idiomatically and this is makes for a deep dive into a songbook of classics that makes one look forward to much more from this group, led by the eminently inspired young Rahsaan Barber.