Home Music Plunge: In For The Out 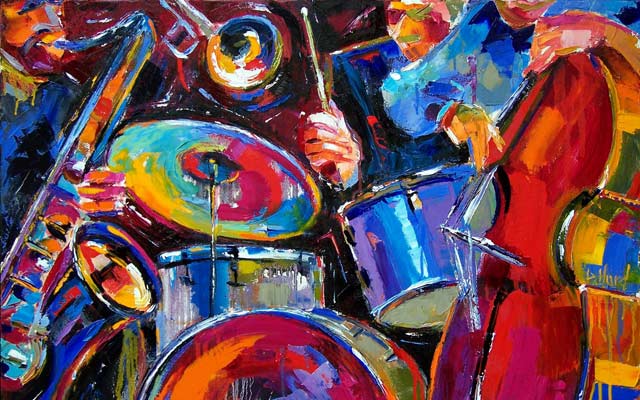 There is something vivacious, even visceral, about this disc which is intriguing entitled In For The Out. It features the music of trombonist and alphorn player, Mark McGrain, which has shaped the expressionism of the group. But make no mistake, there is nothing here that says Mr. McGrain alone is the focal point of the sound. This is a collective in the best sense of the term. The dramatis personae of the ensemble includes seven characters (at least for this 2015 recording) who play in the fascinating programme, plus one engineer who captured these vivid reflections in a manner that basks in the glory of the music itself. 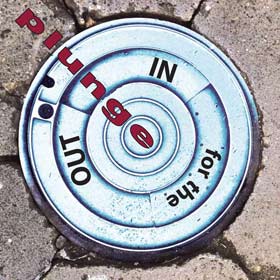 Most of the work on this disc is recent, but represents a sound design that might never be the same again. The group has lost Tim Green the baritone saxophonist and saxello player who was very instrumental in shaping the sound of Plunge, with bold declarative aural proclamations and while Mr. McGrain will no doubt continue to be the lead writer or only writer for the band, its character may have changed forever. But the music is an also an organic development of earlier Plunge music and for this as well as other reasons it will retain its ability to regenerate into something uniquely new almost as if it were a living, breathing biological organism, which is quite the most wonderful aspect of the ensemble.

This does not mean that we have to be forlorn. Everything here suggested that the music of Plunge remains wonderfully accessible, yet never merely historical and academic or reactionary. Quite the contrary the revolutionary elements come together in repertoire that agilely combines trenchant virtuosity with keen lyricism. It is a telling study in cumulative momentum, offers a pertinent take on fast-slow-fast trajectory with its discrete New Orleans inflections and yet takes its cue from an every-growing world of contrapuntal writing for jazz and other contemporary ensembles, to make music that is eloquent and an exquisitely purposeful workout for its musicians.

In For The Out is one long and serpentine movement broken up by the requisite pauses for realignment, a brief but mesmerising detour into the angular world of music which is aptly named “Entropy Suite”, a longer piece of dark and light colours, which thermostatic nature is not only brilliantly spins out of the composition, but also gives it that hot-cold-hot character. There are virtuoso presents for each of the performers, almost as if the music was written and dedicated to the individual’s unique sound. Considerable gifts are paid back to Mark McGrain by his musicians in each and every solo and ensemble interaction. All of this by six musicians who come together with Mr. McGrain to make this one of the ensembles most intriguing and rewarding recording to date.

The vividness and pungency of the music lends a myriad of hues that the music brings to light. Its opening chords are lent a particularly dark hue, which isn’t all about pitch, yet the music soon awakes from these shadowy opening bars to signal a greater intimacy rather than accentuate the melodies crepuscular leanings. The dialogue between Mark McGrain’s brass and the winds, bass and drums maintains its singular agility, which has less to do with speed and more to do with timbre. And despite the necessarily darting accents of the instruments, there is a certain flowing tempo that is most affecting. This is meticulously articulated music which places emphasis on the glorious sound of beauty in one quite memorable disc.