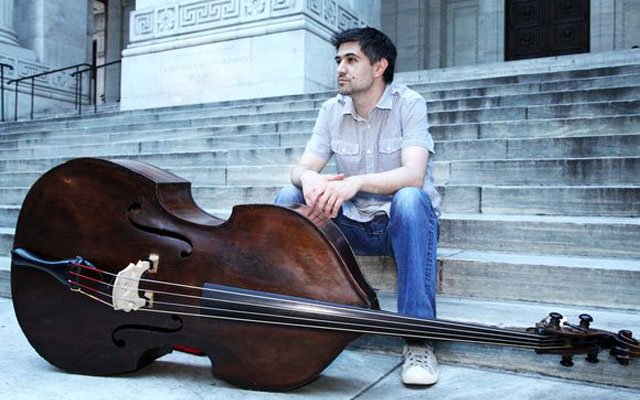 Peter Slavov is a prodigiously-gifted bassist who is beginning to show that he also has considerable capabilities as a composer. The album Little Stories is an important step in that direction. The music reveals that the bassist has an incredibly tender side – uncommon for players of an instrument better-known for a kind of machismo; a muscularity that few can handle. Like Charles Mingus before him, Mr Slavov is unafraid to show tenderness in both his compositions and his playing.

Mr Slavov informs us that these compositions were written over some period of time. Having re-looked at them again, they became fodder for his own journey from Bulgaria (where he was born) to the US (where he now resides). While the music often swings with exquisite time and features considerable soaring improvisations, at its heart it is informed by Mr Slavov’s European sensibility. The music is layered and often delicately textured 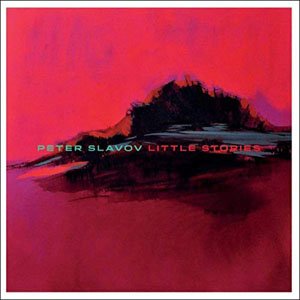 even when the lead voices featured are Jazz instruments such as the tenor saxophone and the bass clarinet. Articulation is almost feather-light in both cases despite the sense of gravitas that those instruments bring to the narratives.

Speaking of narratives Mr Slavov’s compositions are vivid stories – either fictions such as “Ghost” and “In Defense of the Minotaur” – or narratives anchored in fact. These are drawn from the bassist’s memory and are intertwined with self-portraits and panoramas. In either case, Mr Slavov’s compositional character emerges and it appears to be that of an introvert and a miniaturist. His work thus infuses song-forms with an intimacy and an emotional intensity which can only be described as the poetry of feeling. “Gone”, “Photos” and “History of Beauty” are all fine examples of this.

The bassist also shows great intuition when it comes to surrounding himself with musicians who play his work idiomatically. The string quartet on “Gone” is a great example as is the masterful work of John Ellis, as well as the playing of Mark Small and Matt Marantz and the rest of the instrumentalists and musicians who seem completely attuned to the bassist’s artistic vision. Mi Kim’s breathtaking, wordless vocals add a spiritual dimension to “History of Beauty” and “Ghost”. But this recording clearly spotlights Mr Slavov’s playing which is sinewy, yet full of great sensitivity and tenderness. This playing hints at Mr Mingus’ in his balladry – especially on “Small Little Things”.

Mr Slavov’s performance is also high on spontaneity and abounds in small imaginative touches and he is particularly good at bringing out meditativeness of slower, more ponderous passage-work yet he does not shy from playfulness in faster passages. Best of all there is no lack of drama in his playing. I do find it somewhat unusual though that the engineering did not accentuate the darker side of his playing. There seemed to be plenty of room for that on “Ghost” and “Elegy”. Still for every other musical reason, this is an album to absolutely die for.