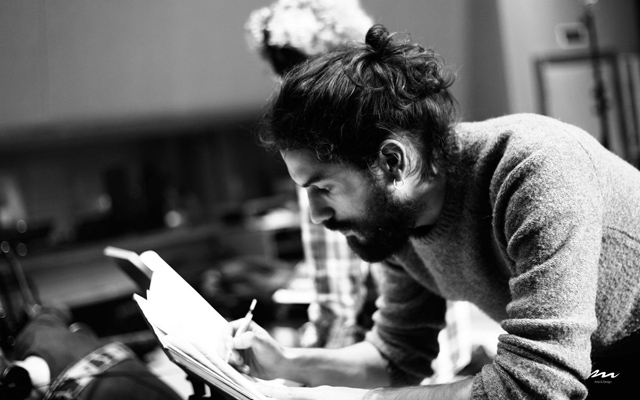 Pedro Melo Alves may have once been known as “that Portuguese drummer” just to get some name recognition going, but this is a distinction that he has no need to trade on as this 2018 recording with his Omniae Ensemble demonstrates. The promise he once showed when he first set forth on the European music scene has long been realised and he seems to have now carved out a deep niche for himself, one from which he has also burst out with the music of this disc. In previous albums (often led by others) Mr Alves explored the potential in mixing Jazz with classical styles of music and while this recording starts from that premise, the reliance on composition and improvisation is much more prominent; that too, the music is delivered in proverbial quantum packets of energy and in a voice that is uniquely Mr Alves’. 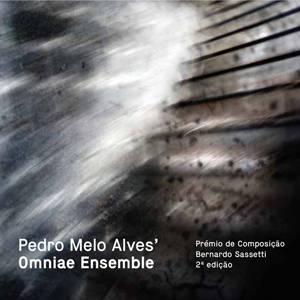 This music by Mr Alves, played by the Omniae Ensemble, explores quirky harmonies and textures with a group that looks fairly conventional in Jazz terms but is used in distinctive ways. Like many contemporary drummers, Mr Alves sometimes tends to use the cymbals rather too much for my taste, but that’s my problem. Clearly his aim is to explore not just the drums for their rhythmic value and the range of tempi that one might extract from them. However, there is often a sense that he is attempting to search for new ways to use percussion colours and with this incessant search for creative expression you can be rest assured that Mr Alves arrives at satisfying destinations by surprising, inventive and absorbing means. He is thus never overbearing and while you can always sense his presence, he might lurk just under the surface of his music, winding a device that sounds like a toy, initiating a rumbling percussive groove or – of course – making music on his battery of cymbals.

The inspirations behind the compositions (all his) are varied and thought-provoking – most notably on “Phelia” and “Movimento Circular” – and each is realised in engrossing group performances that engage head, heart and feet sometimes all at once. The musicians parley like old friends. The mellow tones of José Soares’ alto saxophone, Xavi Sousa’s trombone and Zé Diogo Martins’ piano swing and dance in tandem with the luminous trumpet and guitar of Gileno Santana and Mané Fernandes’ guitar, while Filipe Louro weaves his deep gurgling bass into the music with enormous melodic and technical skill. There are delicious digressions and diversions but not a dead spot nor blind alley is to be found. Whether is tiptoeing through a haunting ballad or making a detailed, deep blue study the interplay is simply sublime.